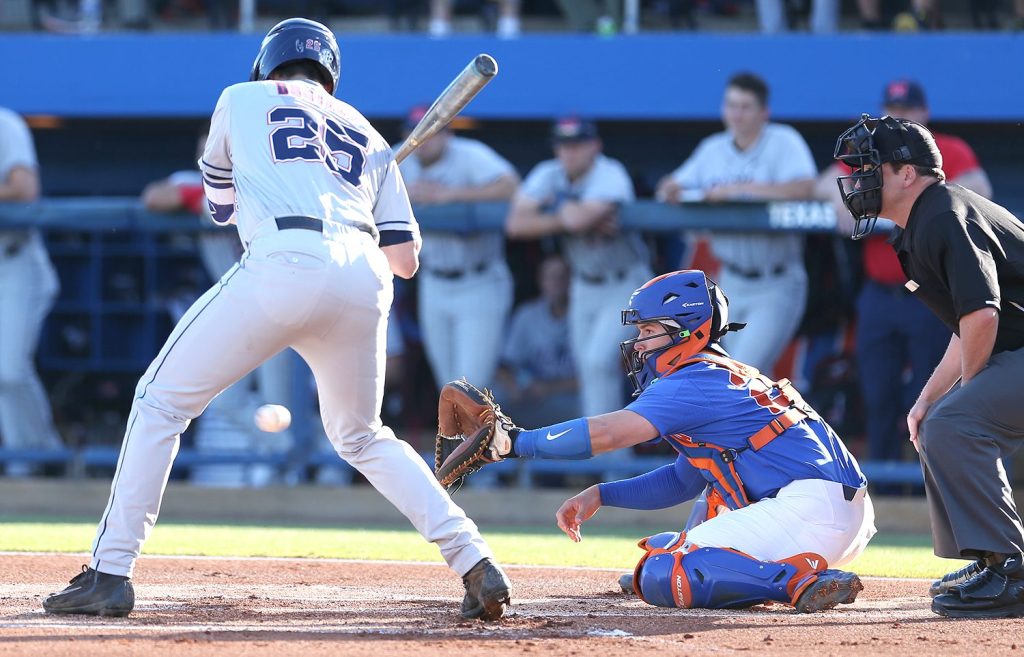 Ole Miss' Colby Bortles takes a pitch against Florida on Saturday, May 6, 2017 at McKethan Stadium in Gainesville, Fla. (Courtney Culbreath)

No. 7 Florida scored three runs in the eighth inning, all with two outs, to rally for a series-clinching 7-4 win over Ole Miss on Saturday at McKethan Stadium.

The series finale is Sunday at 1 p.m.

Closer Dallas Woolfolk (3-2), who gave up three runs on four hits after entering with one out in the seventh, took the loss. Nick Horvath (3-0) pitched a scoreless eighth in relief of Brady Singer before Michael Byrne retired the Rebels in order in the ninth for his 12th save.

Tate Blackman finished 3-for-5 with a double, accounting for nearly half of Ole Miss’ seven hits. Grae Kessinger and Tim Rowe each had two RBIs.