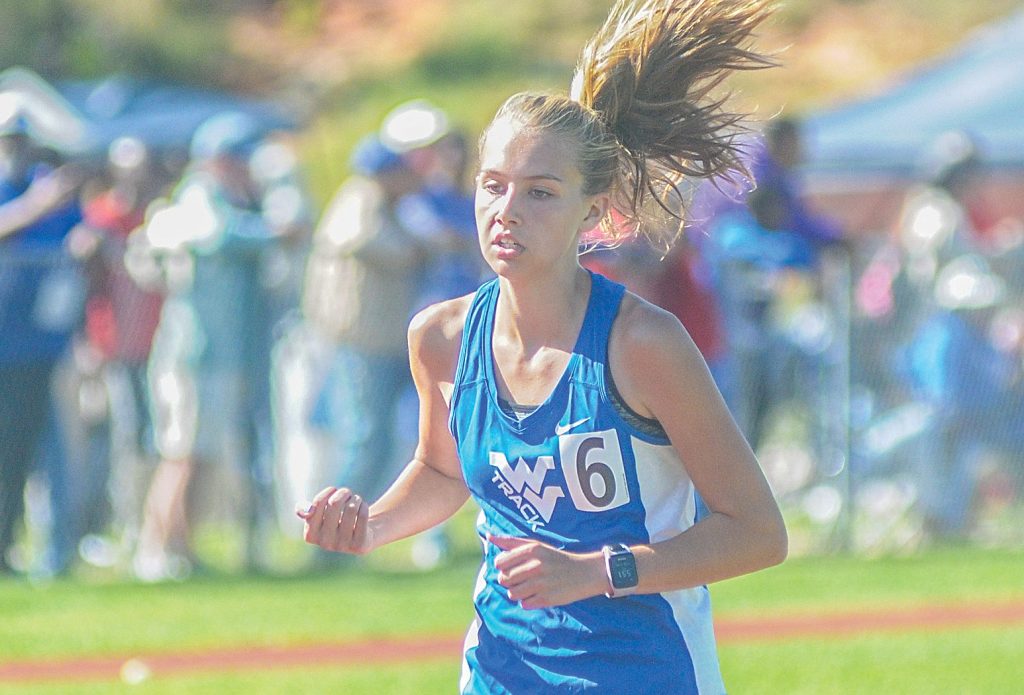 Water Valley's Lillian Lindsay competes in the Class 3A girls 1,600-meter run during the MHSAA track & field state championships at the Woody Barnett Track & Field Complex on the campus of Pearl High School on Friday. Lindsay placed second in the 1,600 meters and won the 3,200-meter run later in the day. (Jake Thompson)

PEARL — They may have been small in number, but the Water Valley track & field team made every event count during Friday’s MHSAA Class 3A championship meet. The event was held at the Woody Barnett Track & Field Complex on the campus of Pearl High School.

The Blue Devils only sent three athletes down for the state meet after qualifying in last week’s 3A North Half meet. The boys were represented by Devontrae Bailey and Coulter Clement while Lillian Lindsay was the lone girl competing for Water Valley.

Bailey, a sophomore, competed in the 110-meter hurdles and finished seventh. Coulter ran in the 1,600 meters and placed sixth.

The star of the day for the Blue Devils was Lindsay, who ran in both the 1,600 and 3,200 meters and made the podium in each. Lindsay ran in the 1,600-meter race early in the day, placing second, but then ran in the 3,200 meters late in the afternoon and came away with a state championship, besting runner-up Isabel Leatherman of St. Patrick by nearly 10 seconds.

“I was just chasing the (Leatherman in first place), trying to beat her,” Lindsay said. “Today, I was just trying to go as fast as I could the whole time.”

Water Valley does not bring down the number of athletes that allows them to compete for a team title, not yet anyway, but the showing of Lindsay and Coulter over the past couple years is something head coach Bryant Mix is hopeful can be building blocks toward that goal.

“I’ll tell you, (Lindsay and Coulter) are my leaders,” Mix said. “I pretty much let them do their thing and we don’t bother them and we’ve got a bunch of seventh-graders they’re training and they compete and work hard. I’m very proud of them.”