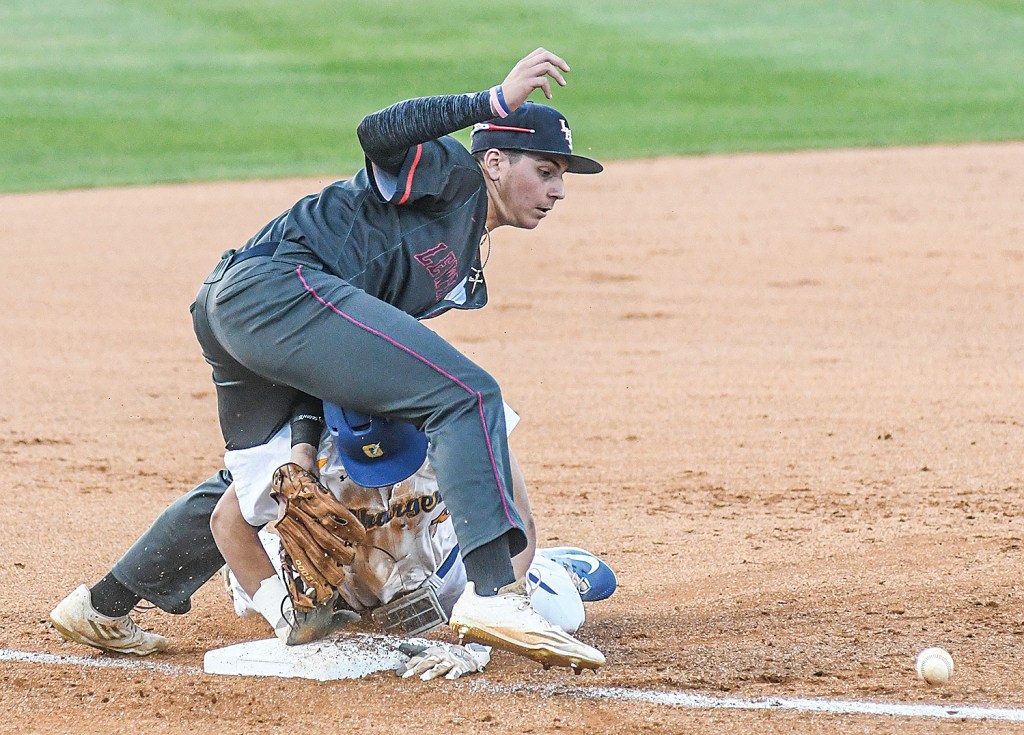 LEWISBURG — In a pitchers’ duel between Bryce Brock and Carson Stinnett, the Oxford Chargers’ Game 2 performance Saturday was opposite of their Game 1, 11-run outing.

Brock finished with 12 strikeouts, only letting up six hits against Oxford’s menacing offense. On the other end, Stinnett held the Patriots to only five hits, finishing with six strikeouts on the night. Lewisburg came out on top with a 2-1 win, setting up a decisive Game 3 back at Oxford’s Edwin Moak Field on Monday at 7 p.m. with the winner advancing to the MHSAA Class 5A North Half finals.

Oxford head coach Chris Baughman believed that the pitching was the major theme in Game 2.

“Brock was great on the mound, and we struck out too many times,” Baughman said. “That is credited to him. He kept us off balance and stayed on the outer part of the plate. That being said, Carson played great as well. When it’s a close game at the end like this, where you aren’t swinging the bat well, it’s great to have a game like this from him.”

An untimely error in the first inning gave Lewisburg an early lead, forcing the Chargers to play from behind the rest of the game. Unfortunately, the second inning didn’t make things any better. A lead-off home run from Lewisburg gave them a two-run lead with momentum in their favor.

That would change in the third inning when a bases-load balk would give the Chargers their first run of the night. After the third inning, the scoring would stop and Stinnett and Brock would take over.

For the next four innings, neither team would score while Stinnett would sit Patriot batter after batter and, in the fifth inning, throw a pitch that broke the 90-miles-per-hour threshold. Stinnett was the consistent source of defense Oxford needed, and Baughman believed simple mistakes were a problem in Game 2.

“The little things that you work on periodically affect the outcome,” he said. “We didn’t get a bunt down. We gave up a double down the line in the first inning that ended up scoring because we weren’t babysitting the line. At this point in the year, we expect our guys to know those situations. Those things don’t matter in a game like last night, but in a close game like tonight, those little things make a difference.”

The Chargers would not be able to close the gap. With the series tied, Oxford’s season comes down to one game.

“It’s now a one-game series. Luckily, we are playing at home,” Baughman said. “We are going to come out and fight.”