Chargers have chance to sweep 5A individual tennis titles 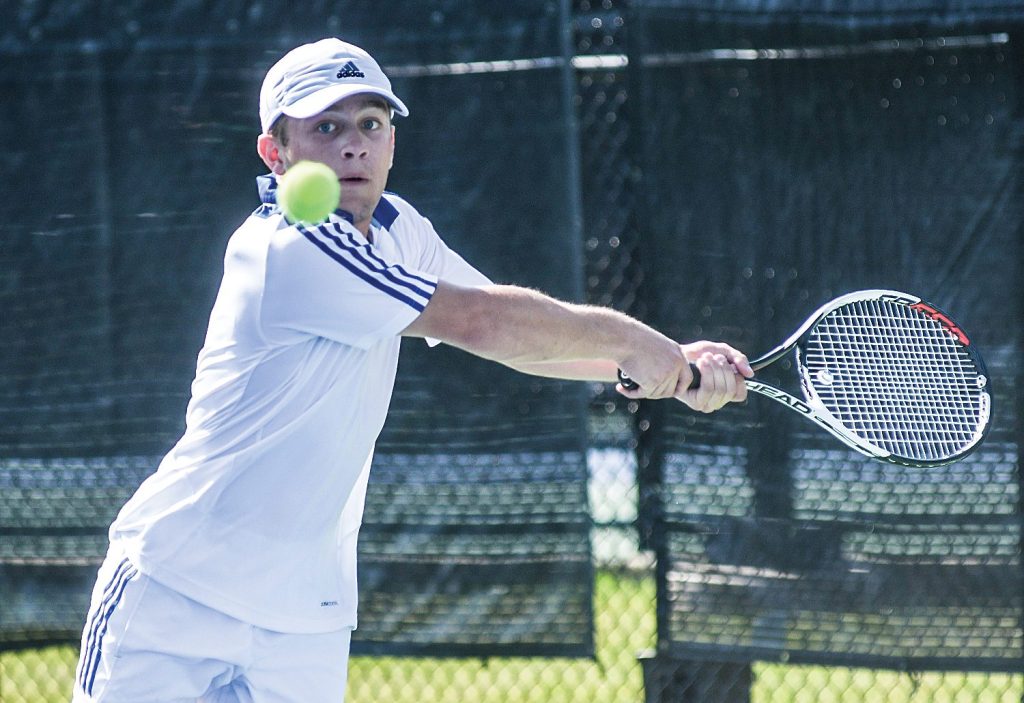 The hardware will keep rolling in for the Oxford High tennis team. After winning their 10th consecutive team championship on Monday morning, the Chargers have the chance to sweep the MHSAA Class 5A individual titles with players making the finals in all five brackets.

The quarterfinals and semifinals were held on Tuesday. All championships start at 9 Wednesday morning

In the boys’ singles, Bo Nash cruised through his brackets, as did most of the Chargers, to reach Wednesday’s final. Nash disposed of Natchez’s Raheem Givens in the Round of 16 in straight sets on Monday and continued that trend on Tuesday with back-to-back straight-set wins to reach Wednesday’s final against Ridgeland’s Daruis Kent. Nash and Kent combined to drop only one point with Kent winning his semifinal match 6-1, 6-0.

The girls’ singles bracket saw Grace Anne Jones breeze through her three rounds to reach the state championship match against Center Hill’s Mikalia Coleman. Like Nash, Jones did not drop a point, going 6-0, 6-0 in all three matches. She defeated Natchez’s Kirdis Clark in the quarterfinals and Long Beach’s Nathalie Salvador in the semifinals.

Oxford is guaranteed at least two individual titles, and they will both come from the doubles brackets with all four Charger teams reaching the finals. On the boys’ side, Chris Le and Eli Abel will face teammates Ryan Mounce and Max Mauney. Le and Abel’s path to the title match went through Brookhaven’s Braxton Walls and Michael Hutson in the quarterfinals by a score of 6-0, 6-1 and then defeated Stone County’s Will Ladner and Trey Wegner in three sets with a 3-6, 6-4, 6-0 score in the semifinals. Mounce and Mauney’s path had little resistance with a 6-1, 6-0 win over Neshoba Central’s Hayden Embry and Miguel Suarez in the quarterfinals and a 6-0, 6-1 win over Brookhaven’s Dalton Fartado and Will Moak in the semifinals.

The girls’ doubles championship will see Anne Hardy and Claire Stevens take on teammates Hailey Lowery and Olivia Williams. Hardy and Stevens had to work hard on Tuesday to reach today’s final. The duo’s quarterfinal match against Grenada’s Lindsay Griffin and Tia T. Topps went the distance with Oxford pulling out a 6-4, 5-7, 6-4 win. The pair then beat Lewisburg’s Jordan Archer and Olivia Craft in the semifinals by a score of 6-3, 6-1. Lowery and Williams defeated Stone County’s Lainey Cunningham and Emily Grace Luke in the quarterfinals 6-2, 6-1 then beat Germantown’s Hannah Johnson and Crawford Pieroni 6-4, 6-0 in the semifinals.

In mixed doubles, the team of Amanda Lowery and Gordon Whitwell reached Wednesday’s championship match with a 6-2, 6-1 quarterfinal win over Lake Cormorant’s Cody Bryan and Irelicia Rose followed up by a 6-0, 6-0 semifinal win over Pascagoula’s Omega Davidson and Bryce Gordon. Lowery and Whitwell are taking on Grenada’s Macie Craddock and Micah Williams.

The Class 4A individual tournament is being held at the Parham Bridges Tennis Center in Jackson and the Lafayette Commodores have another shot at tennis gold with Ally Bowen reaching her second straight state championship. Bowen made it to the girls’ singles title match last year but fell short. She is taking on Newton County’s Kennedy Rodriguez Wednesday.

The mixed doubles team of Abby Arrington and Will Carter dropped their quarterfinal match Tuesday, losing to Pontotoc’s Nickolas Bails and Jaclyn Hopkins, 6-3, 6-4.