Hearing over Double Decker trademark rescheduled for later this month 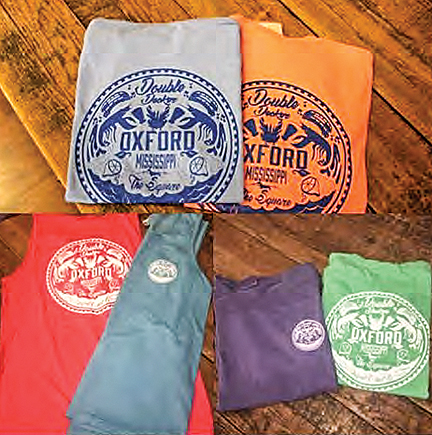 Pictures of shirts sold by Oxford T-Shirts Co. were included in a motion filed at the Lafayette County Chancery Building by the city of Oxford alleging trademark infringement.

A court hearing between the city of Oxford and a local T-shirt business was continued Friday to later this month.

The city of Oxford filed the request for the temporary restraining order, claiming Oxford T-Shirt had committed trademark infringement by selling the Double Decker items.

On Friday, Mike Tatum asked Chancery Court Judge Robert Whitwill for the continuance to allow him time to hire an attorney. Whitwell extended the restraining order and continued to hearing until 9:30 a.m. On May 17 at the Chancery Court in Oxford.

Through the city’s tourism department, Visit Oxford, raises funds through T-shirt and other memorabilia sales during the annual Double Decker Arts Festival, that goes into the budget to help fund the event for the following year. The name has been used since 1996 for the festival and is used to help promote tourism to the city.