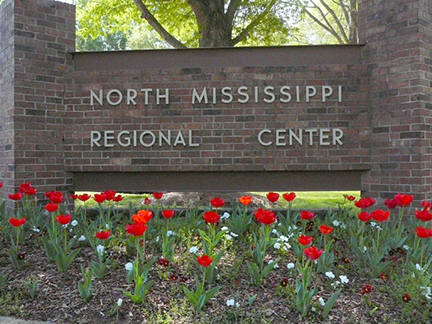 North Mississippi Regional Center in Oxford will be eliminating evaluations and therapeutic services to infants and children under 3 years old due to the budget cuts.

Heavy cuts for mental health services through the Mississippi Department of Mental Health will have a direct effect on two of Oxford’s community health centers.

Sandy Rogers, executive director for Communicare, which provides mental health services for adults and children in Lafayette County and surrounding counties, said she is working daily with the DMH as the department finds funds for Communicare through grants that come from Mississippi general funds or federal funds.

“Our grants will remain at level funding for this year unless, they experience another cut,” Rogers said. “The closure of beds at the state hospitals will negatively impact the time it takes an individual to get the care they need. Medicaid cuts affect our services as well, probably more directly.”

Rogers said Communicare has been at level funding for several years.

“That impacts our ability to recruit and maintain staff, which affects our ability to provide services to individuals with serious mental illness or emotional disorders, as the need is great. We appreciate everything the legislature does for us — it just seems that we do not have enough revenue to support the need of our citizens.”

The cuts are among the highest-profile results of the state budget passed by lawmakers for the year beginning July 1. They come in the midst of a lawsuit filed last year by the U.S. Justice Department alleging Mississippi relies too much on psychiatric hospitals and other institutions, as opposed to community care. Under federal law and court decisions, states are supposed to help people live at home and not in institutions.

According to the DMH, the North Mississippi Regional Center in Oxford will be eliminating evaluations and therapeutic services to infants and children under 3 years old due to the budget cuts. The program is a function under the Department of Health’s early intervention program.

In April, the Mississippi Board of Mental Health was presented with a proposed annual budget for the operation of the DMH based on funding authorized by the Mississippi State Legislature in the 2017 session.  This includes the agency’s 11 programs and the service budget that provides grant funding to community providers, according to Wendy Bailey, director of the Bureau of Outreach, Planning and Development for the Mississippi Department of Mental Health.

The department has also stopped admitting new patients to five regional centers for intellectual and developmental disabilities, including NMRC. The agency plans to cut jobs at each location. Admittence is expected to be opened back up once staff and patient numbers are cut to lower levels.