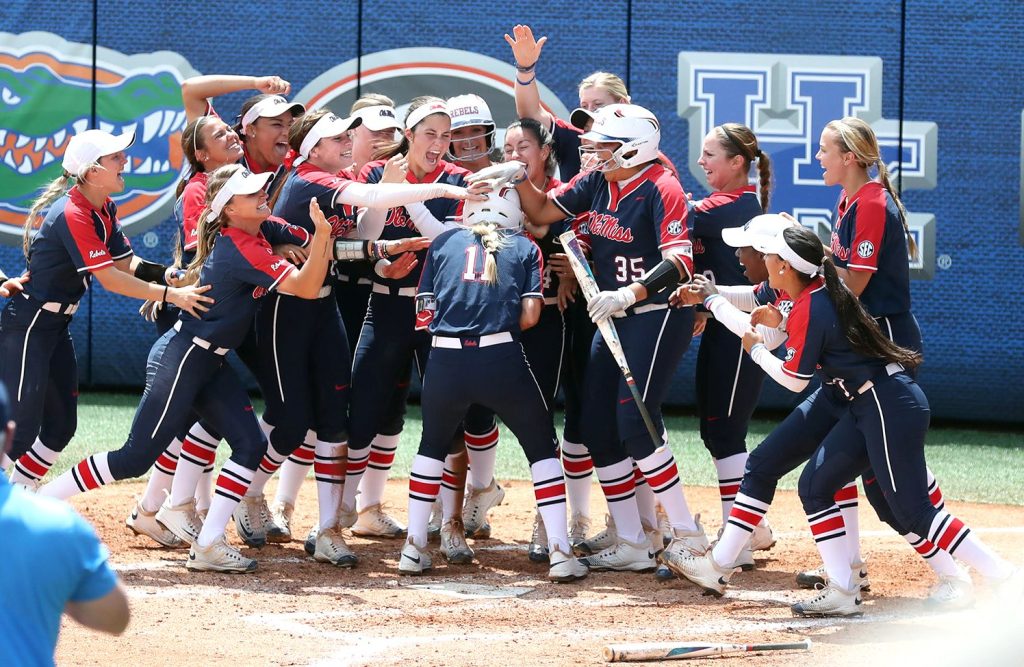 Making their first-ever appearance in the Southeastern Conference Tournament semifinals, the 18th-ranked Rebels beat No. 16 Alabama 4-1 at Tennessee’s Sherri Lee Parker Stadium. As the 8 seed, Ole Miss will be the lowest seed in tournament history to play for the title when the Rebels meet either Auburn or LSU in the championship game Saturday night at 7.

Ole Miss (39-18) pushed across three runs in the second while right-hander Kaitlin Lee once again took care of the rest in the Rebels’ third win over a ranked team in as any games. Ole Miss has 12 top-25 wins and 10 over top-25 RPI teams.

Miranda Strother went 2-for-2 with an RBI and set the school’s career runs record when she scored in the second. Paige McKinney had two hits and scored a run.

It was more than enough support for Lee (19-10), who put together 17 consecutive scoreless innings before Bailey Hemphill’s RBI single in the sixth. Hemphill’s knock was the Tide’s third straight hit to start the frame, but Lee induced a flyout, fielder’s choice and a popup to thwart the threat.

Alabama (42-16) got the tying run to the plate in the seventh, but Lee got Marisa Runyon to fly out to end it on her 127th pitch.

The junior scattered seven hits, struck out two and worked around a pair of hit batters in her third complete game of the tournament. Lee has given up two runs on 13 hits with 10 strikeouts and a walk in the tournament.

Alabama’s Sydney Littlejohn took the loss after allowing all four runs on eight hits and striking out five in 5 2/3 innings.