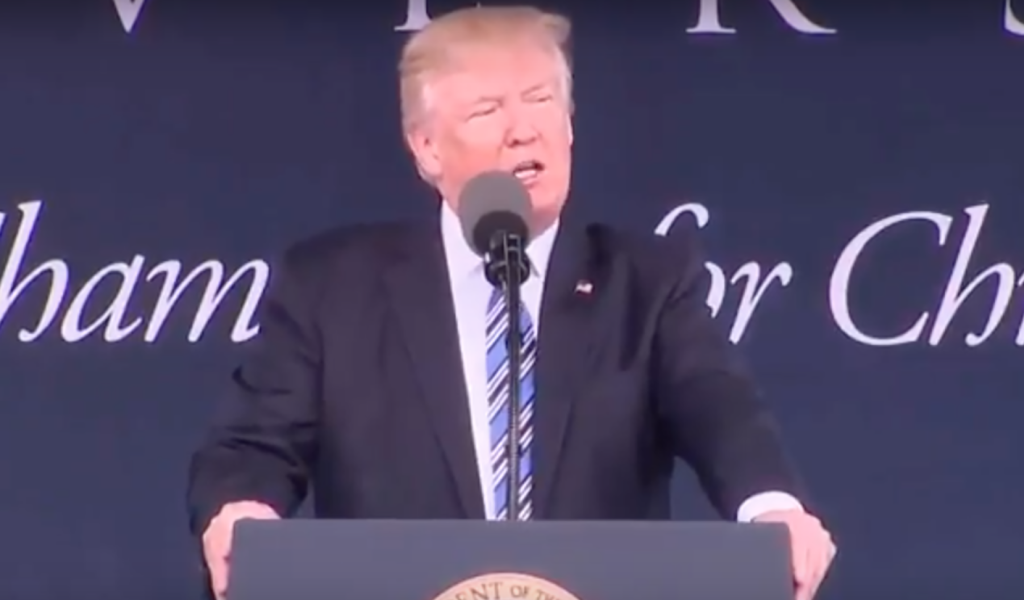 Liberty University, which is making the move from the Football Championship Subdivision to the Football Bowl Subdivision, announced Saturday that it will play Ole Miss in 2021.

President Donald Trump had some fun with it.

Speaking at Liberty’s commencement ceremony Saturday morning, Trump read off some of the teams the Flame will be playing in future years from a list provided to him by university president Jerry Falwell Jr. The football team confirmed the future opponents with posts on its official Twitter account.

Ole Miss will host Liberty in 2021, though an exact date for the game hasn’t been set. Liberty, whose future opponents also include Virginia and Auburn in 2018, Virginia Tech in 2020 and Wake Forest in 2022, will reportedly play its first full FBS schedule in 2019.

Liberty, which is located in Lynchburg, Virginia, is coached by former Nebraska quarterback and Buffalo coach Turner Gill.