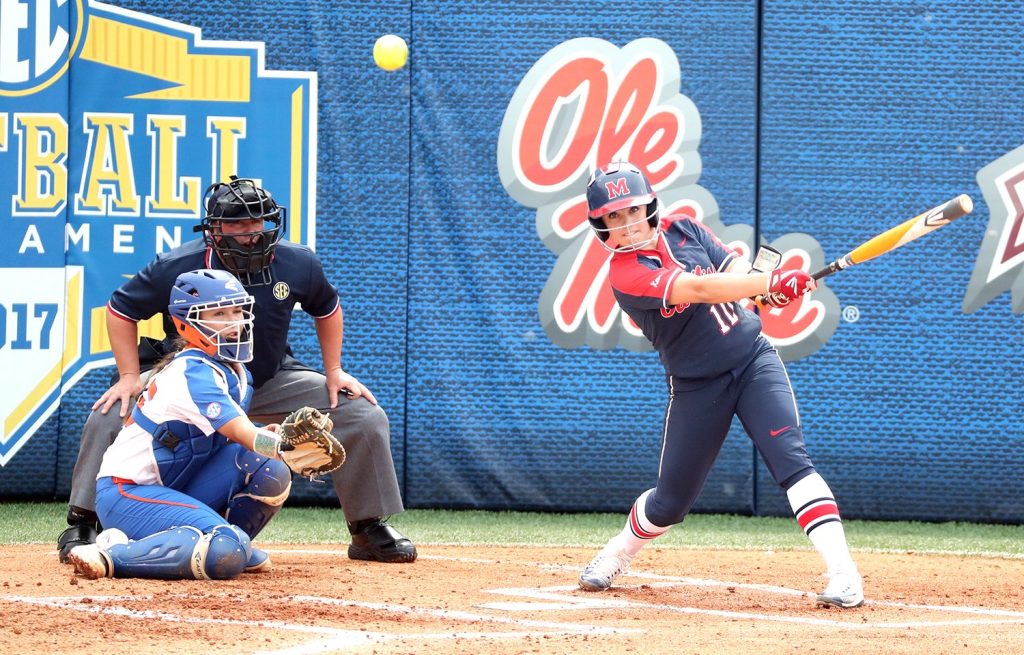 Ole Miss and Alabama will now play the semifinal game at 11 a.m. ET/10 a.m. CT on SEC Network, with the winner advancing to the SEC Tournament Championship, which remains as scheduled for tonight at 8 p.m. ET/7 p.m. CT. TV channel for tonight’s championship: ESPN. That game will feature the winner of Alabama/Ole Miss and Auburn/LSU.

Two days ago, Ole Miss shocked and defeated No. 1 Florida in the tournament.

No one outside the Ole Miss softball program believed the Rebels could beat No. 1 Florida. But they knew it, and did just that, shocking the Gators with a 2-0 shutout Thursday in the SEC Tournament Quarterfinals at Sherri Parker Lee Stadium.

Junior RHP Kaitlin Lee took a perfect game to the fourth, and didn’t allow a single Florida (50-6) runner to second base, as she threw no doubt the best game of her career leading Ole Miss to its biggest win in program history. The JUCO transfer, in her first SEC season, allowed only two Gator hits, and struck out four with a perfect defense behind her.