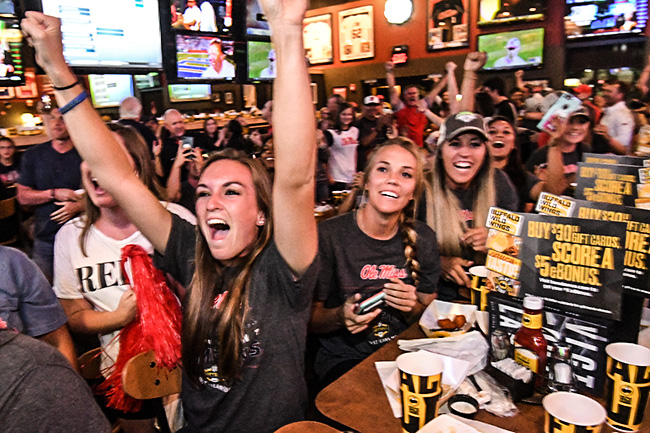 For the first time in program history, Ole Miss will play host to a regional. The Rebels, the NCAA Tournament’s No. 12 overall seed, will welcome Arizona State, North Carolina and Southern Illinois to the Ole Miss Softball Complex for the double-elimination tournament starting Friday.

The field of 64 was announced Sunday night.

“These girls are exciting to watch, and we’re honored to be able to be a host in the NCAAs,” Ole Miss coach Mike Smith said in an interview with the SEC Network. “The community of Oxford is excited, Rebel Nation is really excited, and I think we’re going to come out in droves.”

Ole Miss (40-18) will face Southern Illinois (33-22) on Friday at 8:30 p.m. in just its fifth-ever tournament game after making its NCAA Tournament debut a season ago. Arizona State (30-20) and North Carolina (38-19) will play at 6 p.m. with the winners advancing to play each other Saturday. The losers will play in an elimination game Saturday.

The 2011 Southeastern Conference Tournament is the only other postseason event Ole Miss has ever hosted.

“We think we’ve got a really good regional, and we’re really excited,” Smith said. “They’re great ball clubs. There’s a reason why they’re some of the top 64 teams. Because they can flat out play softball.”

Ole Miss, which has posted back-to-back 40-win seasons for the first time in program history, enters the tournament having won eight of its last 10 games, a stretch capped by its first-ever SEC Tournament championship. The Rebels’ upset run to the tournament title included wins over No. 21 LSU, No. 15 Alabama and No. 1 Florida as Ole Miss became the lowest seed to ever win the tournament.

“What they’ve been able to do the last two weeks of the season is beyond amazing,” Smith said. “It amazes me as their head coach. They’re a resilient bunch.”

The Rebels advanced to the final of the Norman Regional last season before being eliminated by eventual national champion Oklahoma.