Falling again for lies over truth

Since Adam’s fall in Eden, we humans find it easy to fall for lies. Especially in the absence of a moral filter which helps us differentiate between and navigate around what is right and wrong.

Apparently, moral filters were in short supply in Germany in the 1930s when Nazism was on the rise. Adolf Hitler and his minister of propaganda, Joseph Goebbels, launched an insidious campaign against the Jews. They spread their evil telling despicable lies blaming Jews for every malady on the planet.

Hitler said, “If you tell a big enough lie and tell it frequently enough, it will be believed.”

Concentration camps, gas chambers and mass graves across Germany spoke to how effectively their “big lie” propaganda technique worked. That presumably preventable and disturbingly dark stain etched on the annals of history should give all thoughtful humans reason for pause.

America, it seems, has recently become home for, as Rush Limbaugh puts it, “a special kind of stupid.” Democrats and their media cohorts understand their lies will eventually be considered “truth” if they hammer away at it long enough. 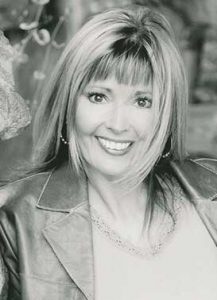 Their goal is to normalize abnormality to the point our brains begin convincing us that the Star Wars Cantina scene is as regular and ordinary as a Mayberry R.F.D.  soda shop. Switch on your flat screen to hear the cacophony of wild accusations, zany insinuations, and hare-brained inferences of untruth- tellers, thrashing in the throes of post-election temper tantrums.

Donald Trump is an illegitimate president, just like George W. Bush who “stole the election” they incessantly regurgitate. The only difference in their rhetoric now is that hanging chads have become Russian hackers.

In 2000, recounts reflected Bush won, even in the four Florida counties Al Gore cherry-picked for a recount because they leaned heavily Democrat. Gore was such a pathetic loser, he couldn’t win his home state of Tennessee. Even so, Bush stole the election.  In its majority opinion, the U.S. Supreme Court described the cheating by Democrat Party counters who continuously changed the counting rules during recounts to rig the election in favor of Al Gore.

The one thing I know with certainty: There is a God…and he rescued us from what would have been a sure and certain disaster if Gore was president on September 11, 2001.

Although the fresh air of truth floats just above their noses, they remain content hog-scratching through the mud piles of innuendoes, overtones and implications in search of a mouthwatering morsel of mistruth they can twist into something else. The Devil deals in counterfeits, you know.

On May 11 during a meeting of the Judiciary Committee which had nothing to do with Russia, Senate Judiciary Committee Chairman Chuck Grassley and Ranking Member Democrat Dianne Feinstein addressed the subject of Russia. Grassley said both he and Feinstein were briefed by former FBI director Comey regarding the individuals the current FBI investigation targeted.

Grassley said, “Mr. Comey testified before the Judiciary Committee last week… Shortly after Director Comey briefed us, I tweeted that he should be transparent. I said he should tell the public what he told Sen. Feinstein and me about whether the FBI is or is not investigating the president. On Tuesday, the president’s letter said that Director Comey told him he was not under investigation. Sen. Feinstein and I heard nothing that contradicted the president’s statement.”

Grassley also said the FBI should “confirm to the public whether it is or is not investigating the president. Because it has failed to make this clear, speculation has run rampant” tempering “some of the unsubstantiated statements that have been made.”

Later, Grassley told Fox News’ Neil Cavuto: “There’s no evidence whatsoever now that they [Russia] changed one vote, but that suspicion is out there.”

Sure is. Ask the hog-scratchers.

Susan Stamper Brown lives in Alaska and writes about culture, politics and current events. She is a regular contributor to Townhall, The Christian Post and Right Wing News. Contact her at writestamper@gmail.com.