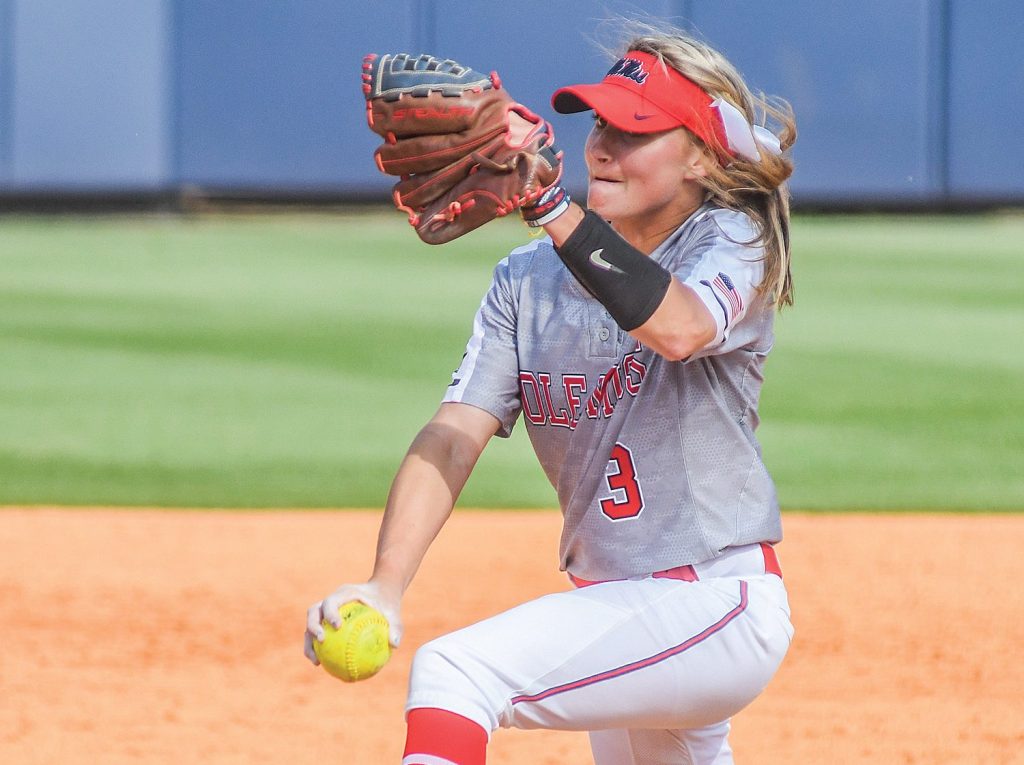 Kaitlin Lee is still trying to get used to all of this.

Lee has been thrust into the national spotlight as the catalyst of Ole Miss softball’s run to its first-ever Southeastern Conference Tournament championship and the hosting of the first NCAA Tournament regional in program history, a reality that seemed far-fetched a year ago.

“Nobody really knows who you are and you kind of get used to that, and then all of a sudden, bam. It’s like everybody wants to know you,” Lee said. “You’ve got cameras in your face and all that good stuff.”

Lee’s sudden notoriety stems from her massive performances in the circle despite being one of the smaller players on the Rebels’ roster. The 5-foot-6 right-hander threw every pitch for Ole Miss (40-18) in the SEC Tournament last week, holding Mississippi State, then-No. 1 Florida, then-No. 16 Alabama and then-No. 21 LSU to three runs on 18 hits while issuing just one walk over a four-day span as the Rebels became the lowest seed to ever win the title.

Even arguably the most famous softball player of all-time took notice as former professional pitcher Jennie Finch, a three-time All-American at Arizona and two-time Olympian, mentioned Lee in a tweet during the Rebels’ 4-1 semifinal win over Alabama. Once Lee was done throwing a five-hitter in the title-clinching win over LSU in front of a national television audience, she was seemingly the talk of the college softball world.

Lee’s final pitch against the Tigers was her 440th of the tournament, something Smith said he didn’t realize until he saw a graphic on TV after the game. He never asked pitching coach Taryne Mowatt about Lee’s pitch count because he didn’t really care.

It’s more the norm in softball for a pitcher to throw multiple games in a row with the natural underhand motion putting far less strain on the shoulder and elbow. Lee (20-10) has a 1.78 earned run average despite having thrown more pitches than anyone in the SEC this season, a workhorse role she’s perfectly content with.

“Kid’s a trooper,” Smith said. “I’ve never coached another player like her. I don’t know if I’ll ever coach another one like her ever again.”

Said Lee, “I could’ve kept going if I needed to.”

Lee was headed to Southeastern Louisiana before Smith, needing another pitcher with ace Madi Osias out of eligibility after last season, offered Lee her only SEC scholarship. Lee saw it as a bigger opportunity to fill a void.

“I wanted to go somewhere where I could make an impact, and I think I’ve done that here,” Lee said. “I think that’s my biggest blessing coming into this program.”

Lee’s 33 starts are 21 more than anyone else on the team, and she’s gone the distance in all but 10 of them. Opponents are hitting just .231 against her despite Lee’s knack for pitching to contact. She’s averaging just 3.2 strikeouts per start.

“I think the thing with me is my mentality and trusting my defense,” Lee said. “I think I like so much more hitting it to my defense than striking people out. It gets kind of boring and then they kind of get on their heels. I enjoy pitching to my defense.”

After last week, Smith said he’s not sure if Lee will start the Rebels’ regional opener Friday against Southern Illinois (33-22), the tournament’s lowest seed. Freshman Morgan Bruce and sophomore Brittany Finney are other options, but Smith said he won’t shy away from leaning on his newfound star’s right arm again if that’s what it takes to win at this point.