Ole Miss salvages final series at Auburn, gets rematch as No. 9 seed in SEC Tournament 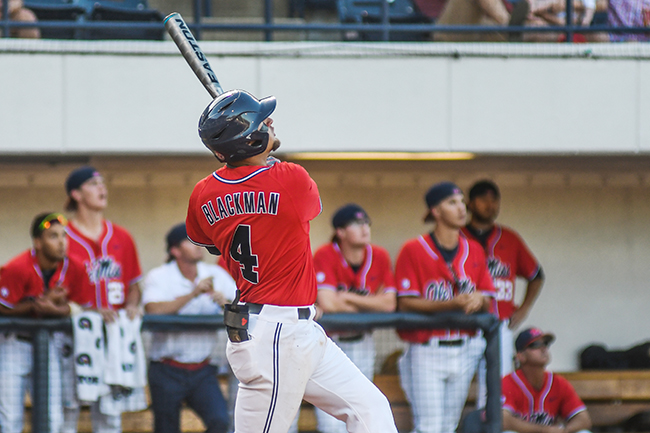 Ole Miss won a game it had to have Saturday for its NCAA Tournament hopes, salvaging its series against No. 23 Auburn with an 8-4 win at Plainsman Park to close the regular season.

The Rebels may need to do it again in three days to feel good about their postseason chances.

The win, coupled with other results around the league, made Ole Miss (32-24, 14-16 Southeastern Conference) the No. 9 seed for the annual SEC Tournament in Hoover, Alabama. That means the Rebels get a rematch with the eighth-seeded Tigers (34-22, 16-14) in their tournament opener Tuesday at 4:30 p.m.

Tate Blackman had a career-high four hits with a triple and three RBIs to pace an offensive outburst for the Rebels, who had scored just two runs over 28 innings until answering Auburn’s first run with a run of their own in the second and adding two in the third, three in the fourth and another in the sixth for a 7-4 lead.

Ryan Olenek provided some insurance with an RBI single in the ninth, giving the Rebels their highest run output in SEC play since scoring nine against Arkansas on April 27. Olenek added a pair of doubles and drove in two runs while Nick Fortes also had three hits and two RBIs.

David Parkinson allowed four runs (one earned) on six hits and struck out eight in 4 2/3 innings before Will Stokes provided the shutdown innings in his longest outing of the season. Stokes went the rest of the way, yielding just one hit and fanning five on 61 pitches to nail down Ole Miss’ 13th top-50 RPI win.

But a 9-1 loss on Friday clinched Ole Miss’ first losing record in SEC play since 2012, making for a bubbly postseason resume. None of the last seven SEC teams to make the NCAA Tournament field with a sub.-500 league record during the regular season had an RPI outside the top 30. Ole Miss’ win Saturday bumped the Rebels to No. 32.

Ole Miss may need to hang around a few days at the Hoover Met to secure an at-large berth, and winning Tuesday is the only the way the Rebels can assure themselves of doing that. The first round is single elimination before the tournament shifts to double elimination for the second, third and quarterfinal rounds.

The Ole Miss-Auburn winner will advance to face top-seeded Florida on Wednesday at 4:30 p.m. The tournament championship game will be next Sunday at 2 p.m.

The NCAA Tournament field will be announced May 29.