The Mississippi Highway Patrol responded to the wreck at 4:50 a.m. Saturday on Highway 331. According to MHP, a  1994 Toyota was traveling north on Highway 331 when it hit a concrete bridge embankment and overturned.

The driver, William Cole Lawrence, 15, died in the wreck. He was a freshman at Lafayette High School and an avid outdoorsman, according to his obituary information.

MHP spokesman Capt. Joseph Miller said the cause of the wreck was still under investigation.

“We are heartbroken at the loss of Cole from our Commodore community,” he said Saturday. “He will be missed by his peers and our staff. The loss of a student is the most difficult thing we can face.”

Kitchens said counselors will be on hand Monday for staff and students. An alternate final exam day has been planned for students who miss Monday’s tests.

Lawrence’s sister is a junior at LHS and his mother, Amy Lawrence teaches art at Lafayette Elementary School.

Visitation will be held today from 4 p.m. until 8 p.m. at Coleman Funeral Home. A funeral service will be held Tuesday at 2 p.m. at North Oxford Baptist Church. Interment will be at Denmark Church Cemetery. Bro Ken Hanks and Bro. Bobby Snow will officiate.

Lawrence’s death is the third Lafayette student who has died this school year. Lafayette Middle School student Walker Atkinson died in August in a single-vehicle wreck and LHS junior Caitlin Rose Williams died after riding on an attraction at the popular family entertainment center in Memphis from a pulmonary embolism. 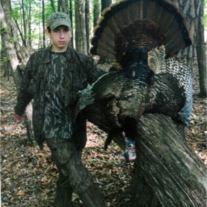