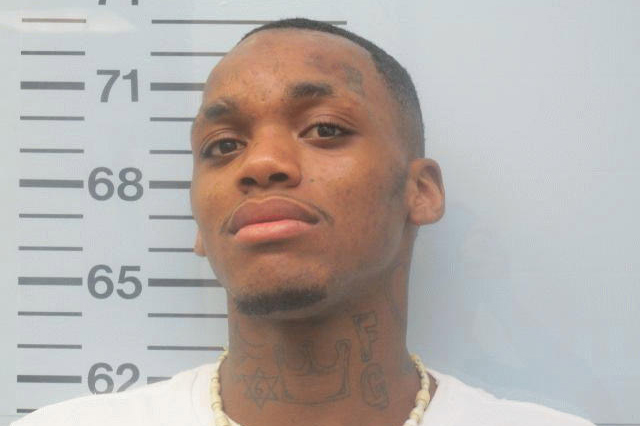 On Monday, May 22, 2017 investigators of the Oxford Police Department charged Robert Houston (25) of Oxford, MS with one count of armed robbery 97-3-97. On Saturday, May 20, 2017 Houston was accused of using a weapon to take a vehicle from the victim. Houston came to the victims house and while there Houston pulled a gun, took the victims key’s, phone and car. Houston was identified and then later found by officers on a traffic stop. Officers detained Houston and called an Investigator to the scene. The stolen car was not in Houston’s possession when they found him. After interviews it was determined that Houston parked the car in the county and it was later recovered. Houston was booked on armed robbery and his bond was set at $15,000.00.

The Oxford Police Department arrested an Oxford man for allegedly stealing a vehicle at gunpoint recently.

According to reports, the alleged victim reported that Robert Houston, 25, came to their house and pulled out a gun and then took the victim’s car keys, phone and vehicle.

Houston was later found by officers at a traffic stop. He was detained and an investigator came to the scene; however, the stolen car was not in Houston’s possession at the time.

After interviews, it was determined that Houston allegedly parked the stolen vehicle in the county and it was later recovered.

Houston was arrested Monday and charged with armed robbery. He was taken to the Lafayette County Detention Center where he was booked on a $15,000 bond.