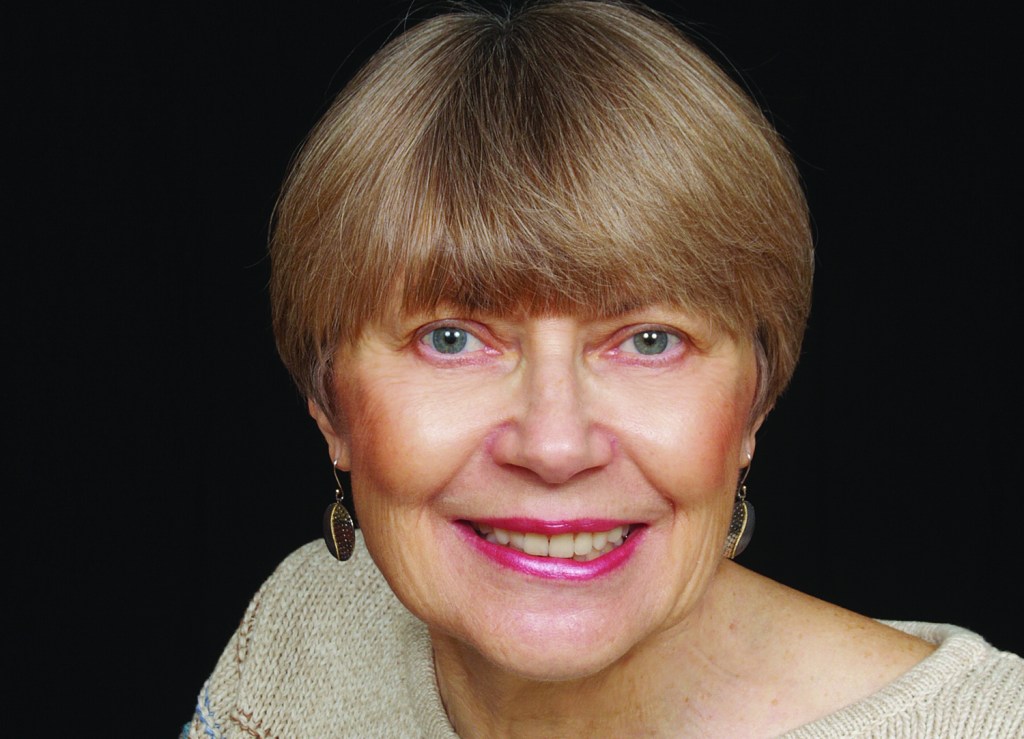 Darlene Copp has earned the Citizen of the Year award from the Oxford-Lafayette Chamber of Commerce.

When Darlene Copp traveled with her family, she spent most of her vacations visiting museums and staying in historic lodges.

Her love of history was evident back home as well as she spent countless hours bringing forgotten historic places in Oxford back to life.

“History was always the draw for me and still is,” Copp said recently. “So it was pretty natural to want to flesh out the stories and present them to the public here in Oxford. This includes all the oral histories we taped for the Burns-Belfry and that I finally finished transcribing just last week.”

Copps dedication to Oxford’s history earned her the Citizen of the Year Award from the Oxford-Lafayette Chamber of Commerce last week.

Copp said she had no idea she was the recipient of the award when it was announced at the chamber’s annual year-end luncheon.

“A couple of my friends who worked with me on oral histories for the Burns-Belfry exhibit came, and maybe that should have been a tip-off,” she said. “As Ryan Miller, out-going chairman of the Chamber board, read an introduction to the Citizen of the Year, it gradually dawned on me he was talking about my work, and I started feeling very nervous. I could also feel my friends were looking at me.”

Since 1972 the Oxford-Lafayette County Chamber of Commerce has honored outstanding volunteers serving the LOU community as Citizen of the Year at their annual meeting.

The annual honorees have exemplified three criteria — positive volunteer contributions to the LOU community, contributing above and beyond the normally expected performance in an elective, appointed, business or professional position, and perceived as a role model for good citizenship and volunteerism in a non-paid capacity for our community.

“This year’s honoree, Darlene Copp, is a champion of historic preservation,” Miller said. “She was a founding member and leader of the Oxford-Lafayette Preservation Alliance, which quickly grew to over 200 members and successfully lobbied for city ordinances that created Oxford’s several historic preservation districts.”

Copp, in conjunction with the Oxford-Lafayette County Heritage Foundation, worked on the two city-owned museums, the L.Q.C. Lamar House Museum and the Burns-Belfry African American Museum and Multicultural Center.

She is credited with developing the exhibits at both museums, gathering volunteers and conducting extensive research to learn the history of both buildings, finding artifacts and writing the test for the exhibits.

“Her work on the Lamar House Museum exhibit is remarkable when one considers that her advocacy and professionalism was the product of volunteer efforts of her team and herself and spanned over five years of work from 2006-2011,” Miller said. “Additionally, for most of the last six years, she has acted as the museum manager on a volunteer basis.”

Eleven local citizens sent nomination letters to the chamber recommending Copp for the award, including Gloria Kellum, vice chancellor emeritus for University Relations and Robert Saarino, director of the University of Mississippi Museum and Historic Houses.

“Darlene’s dedication and commitment to heritage initiatives and programs, on behalf of both residents and visitors, is evidence of citizenship at its highest and best,” wrote Saarino in his nomination letter. “From her years of tireless championing of our National Historic Landmark L.Q.C. Lamar House, and its day-to-day administration, to her leadership in the development of interpretation and exhibit development at Burns-Belfry, we all experience in Darlene an exceptionally smart and highly effective ambassador for the city of Oxford, and Lafayette County.”

Copp said she became involved with the restoration of the Lamar House when she took on developing heritage tourism in Oxford, under then-Tourism Director Hugh Stump.

“The Lamar House was in the process of being restored, so I went there and met with Bill Russell, who was on site every day. He and I eventually partnered to figure out what to do with the house once the restoration was complete.”

Copp went to Louisville, Kentucky for the annual Historic House Museums Workshop to learn more about historic homes. She came back to Oxford, applied for a federal grant and pulled together an exhibit teams and helped select the exhibit company that would create the exhibits for both museums.

Copp has bachelor and master degrees in speech communications. She has taught high school and college speech courses, administered continuing education programs for manufacturing engineers and edited technical handbooks and publications. She and her husband, Richard, have two adult sons and one granddaughter.

She also serves on four boards that provide leadership in preserving and promoting Oxford’s culture and history including the Oxford-Lafayette County Heritage Foundation board and as a commissioner on the Oxford Historic Sites Commission.

While she appreciates the chamber’s recognition of her work, Copp hopes the award brings attention to the two museums she has spent so much of her life developing and invoked interest from other residents to volunteer at the museums.

“They wouldn’t be there and open to the public without volunteers,” she said. “The major ongoing need are volunteers to keep the museums open to the public, which involves training, getting on a schedule, opening a museum, waiting for and greeting visitors, and closing after three hours. I would love to find local volunteers who could contribute in a variety of ways, based on their time, talents and experiences.”