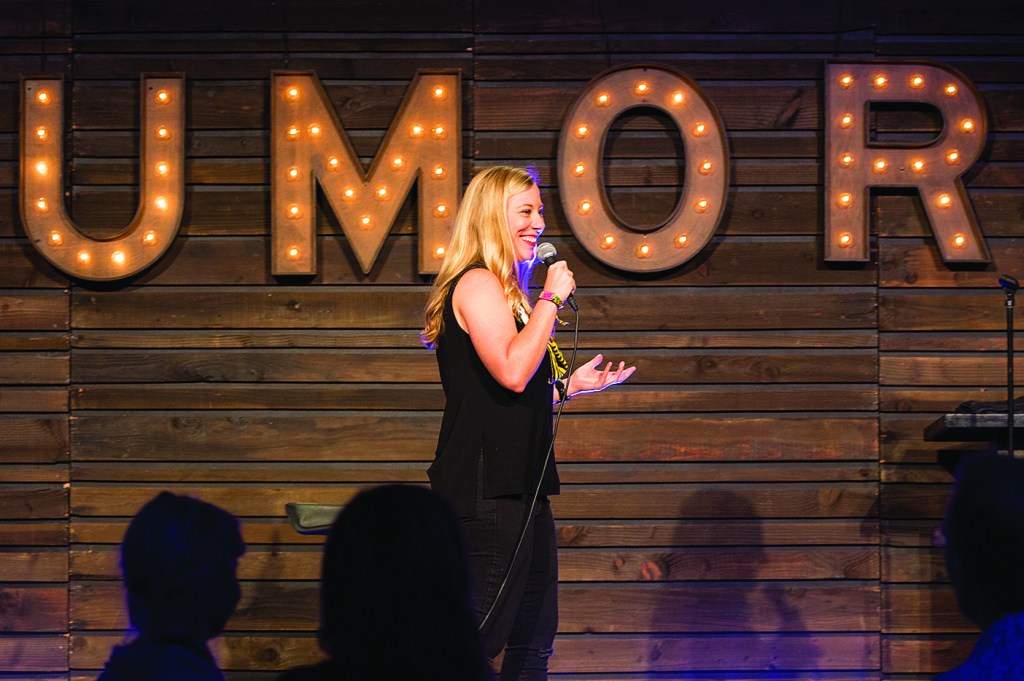 University of Mississippi alumna Kendall Ketchum has performed her comedy routines for a decade in New York City, but she’s recently taken her talent from dive bars to a tour with former “Saturday Night Live” cast member Darrell Hammond.

Ketchum, who studied theater arts at Ole Miss, earned her bachelor’s degree in 2006 and moved to New York shortly after, intent on breaking into comedy.

“It was always going to be New York,” she said. “I always wanted to be on ‘Saturday Night Live.’”

For a girl from Yazoo City, the cultural transition was not as difficult as one might think, thanks to a close network of other Ole Miss graduates. She immediately tried her hand at stand-up comedy.

“I completely bombed,” she said. “I would get up there and it would just be the sound of crickets. It was horrible.”

Ketchum took a break from stand-up to join the Upright Citizens Brigade, an improv group and training ground for comedians that once included such heavyweights as Amy Poehler.

About five years ago after regaining her footing through improv, Ketchum began doing stand-up again. She performed successfully at big-name venues such as Gotham Comedy Club and Caroline’s on Broadway, which eventually became her home base.

The focus of Ketchum’s comedy is not jokes, but storytelling. She is known for her brand of Mississippi-meets-New York humor as she describes cultural differences and how each handles different situations.

Ketchum met Hammond while she was preparing new material for a show at Caroline’s.

“I was sitting in the green room by myself and I felt a presence of someone walk into the room,” she said. “I look up and it’s Darrell. He asks if he could sit with me, and I said, ‘sure,’ but I thought, ‘OK, don’t pester him. Just keep staring at your material.’”

The two ended up talking about New York delis and other random topics when he asked her to watch the show with him. She did, and they sat and whispered about different styles of comedy, including her own unique style.

“I did my set and when I got offstage, he was gone. We didn’t exchange contact information, so I thought that was that.”

Just a few days later, she received a call from Hammond, who had gotten her information from someone at Caroline’s.

“I met with him, and he wanted me to open for his set in New York,” she said. “He was intrigued that I was Southern and that I went to Ole Miss.”

The two began touring in September and have been working together since.

“Kendall can be anything she wants to be, go anywhere she wants to go,” Hammond said. “Her comedy is appealing to everyone of all ages, Republican and Democrats alike. Being able to strike across the board like that is key.”