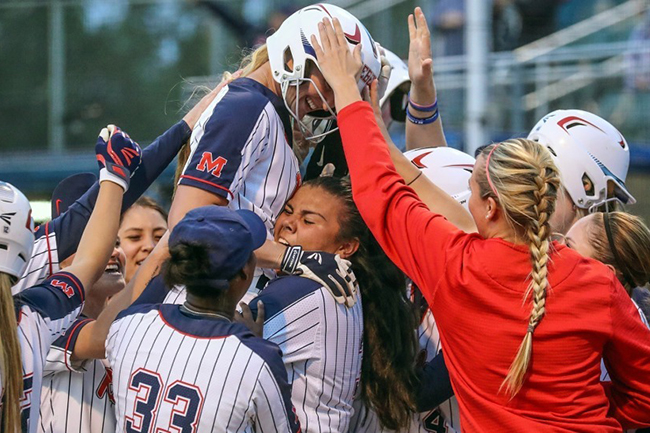 Ole Miss has piled up a bunch of wins during its fairy tale postseason run.

Now the Rebels have to have one if they want to keep it going.

Madeline Jelenicki’s walk-off single in the 11th inning lifted UCLA to an 8-7 win over Ole Miss late Thursday night in the first game of the teams’ super regional at Easton Stadium in Los Angeles. The Rebels (43-19) need to win Game 2, which is set for an 8 p.m. CT first pitch Friday, to force an if-necessary game, which would be played Saturday at 6 p.m. CT.

Jelenicki’s decisive knock, which came after Ole Miss’ Kaitlin Kee walked two in the frame, ended a back-and-forth contest that saw 11 runs scored and three lead changes over the final six innings. Ole Miss led 5-4 in the seventh and 7-5 in the 10th, but the Bruins (46-13), down to their final strike both times, sent the game to extras on a wild pitch before drawing even again on Bubba Nickles’ two-out, two-run double in the 10th.

With two on and two outs in the 11th, Jelenicki slapped Lee’s 191st pitch into right field, plating Zoe Shaw to snap a seven-game winning streak for Ole Miss that began with its first game in the Southeastern Conference Tournament.

Alyssa Gonzalez, who came on as a pinch hitter for Ole Miss late, finished 3-for-3 with four RBIs. Her first hit — a go-ahead single in the sixth — capped a five-run sixth for the Rebels, who rallied from a 4-0 deficit. Gonzalez then gave Ole Miss its two-run cushion in the top of the 10th with a two-run double off the wall in left.

Brittany Finney added a two-run homer, her second in as many games. Elantra Cox was the only other Ole Miss player with multiple hits, finishing 2-for-6.

In her 13th straight complete game, Lee scattered 14 hits and allowed seven earned runs, the most she’s allowed in the postseason. Rachel Garcia, who threw 232 pitches for the Bruins, got to her counterpart for a solo home run in the second to break a scoreless tie before UCLA added a three-spot in third with a sacrifice fly, a single and an error.

Delaney Spaulding and Brianna Tautalafua each had three hits and combined to score three runs for the Bruins, who improved to 33-0 when leading after five innings.

Lee (23-11) held UCLA to a pair of singles over the next three frames to keep Ole Miss in it until her offense broke through against Garcia (21-7), who struck out 12 and walked five but didn’t allow a hit until Miranda Strother led off the sixth with a single.

Ole Miss had ample opportunities to push more runs across, particularly late in innings, but went 0-for-11 with two outs and stranded 12 baserunners.