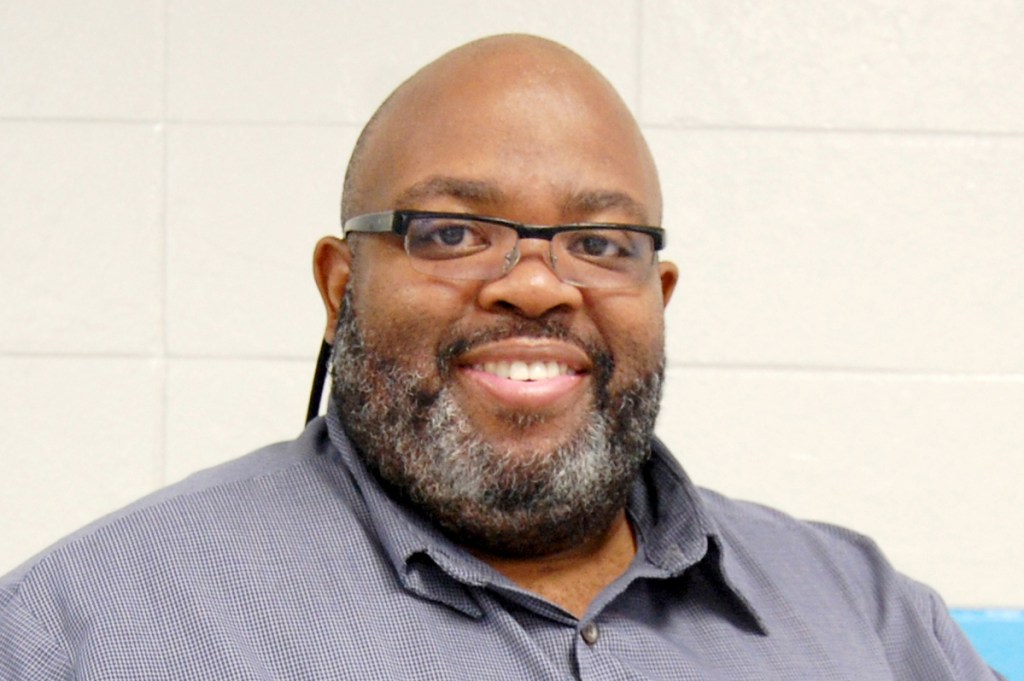 School cafeteria managers have a challenging job, and in Oxford schools they do the job with love for all students as if they were their own.

The lead school cafeteria position is a hard, hot and difficult job, but one that takes a special person who leads, trains and safely supervises a team to prepare 800-1,200 meals a day for students they individually know by name. That’s why an extraordinary person like Oxford Elementary School Cafeteria Manager Brian Davis stands out as the 2017 Oxford School District Cafeteria Manager of the Year, an award he has received for the second year in a row.

The district’s Cafeteria Manager of the Year award recognizes a school nutrition manager for the contributions he or she has made throughout their school nutrition career. Child Nutrition Director Tim Howington said that Davis and his Oxford Elementary School cafeteria crew are top notch.

“They have served 120,955 meals this school year with 59 percent of the total student population participating in the school nutrition program in that school, which is a school district record,” said Howington. “They are supporting every child’s learning with nutritious and healthy food. They treat each and every child like they are their own child. They greet them with a smile, a cheerful phrase, and many times, when they need it the most, even a hug.”

School cafeteria managers are responsible for building a team and maintaining morale while working in a hot and humid environment around 600-degree ovens and large pots of boiling liquids. In the school cafeteria setting, they work with heavy machinery — often in temperatures as low as zero degrees — and are responsible for moving hundreds of pounds of food every school day.

“Then, the next day, they get up and do it again; in fact, they do it 180 times each school year, and they do it with love for every child,” said Howington.