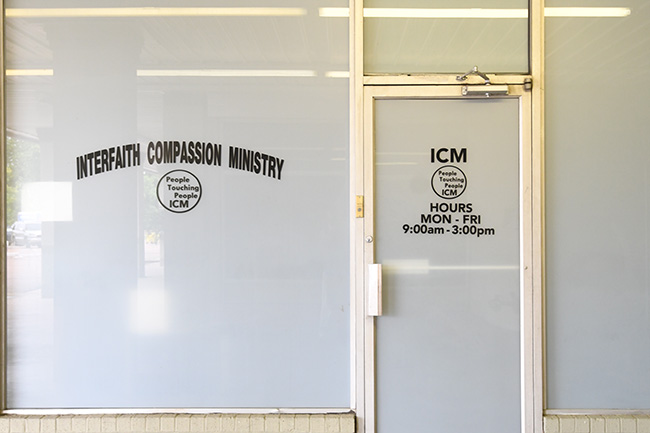 After being located on North Lamar Boulevard for almost 20 years, Interfaith Compassion Ministry has moved to a new location on the other side of town.

Two weeks ago, ICM opened the doors at its new office in the Oxford East Shopping Center off University Avenue, next to Fred’s.

ICM needed a new location, as did several other businesses, to make way for a new luxury condominium development that is being built where the small strip center that housed ICM was located.

The building ICM was in, and two other structures, were demolished, or are in the process of being demolished.

ICM Director Lena Wiley said the new office space is about the same size as the one on North Lamar Boulevard.

“We signed a three-year lease so we will be here for awhile,” she said Wednesday.

Started in 1999, ICM is a collaborative effort among local churches to provide assistance to low-income families with basic needs such as rent, utilities, clothing, and a prescription drug program.

Developer Johnny Morgan received approval for the new development earlier this year. Two new mixed-use buildings will replace the three structures being torn down. The buildings will be three stories with office space on the bottom and two- and three-bedroom luxury condominiums on the top two floors.

The development is one of several planned for North Lamar Boulevard in the next year.

ICM’s phone number did not change during the move. For directions to the new office or more information about ICM, call 662-281-1002.