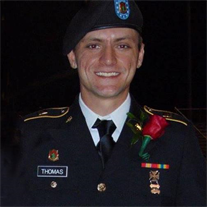 “For those I love I will sacrifice.”

Those words appear on the Facebook profile of Sgt. Kyle Clayton Thomas of Amory who was killed on Memorial Day during a training operation while at the National Training Center in Fort Irwin, California, according to the Mississippi National Guard.

Thomas, 24, was assigned to the Senatobia-based 2d Battalion, 198th Armored Regiment and was among four 2-198 AR soldiers conducting combat maneuver operations in a M1A2 SEPv2 Abrams Main Battle Tank. The vehicle was involved in a rollover incident.

Three other injured soldiers were transferred by military helicopter to the Loma Linda University Medical Center in Loma Linda, California. Two have been released and one remains in stable condition.

The incident remains under investigation, according to the Mississippi National Guard.

The 2-198 AR is a subordinate battalion within the Tupelo-based 155th Armored Brigade Combat Team and has paused operations to review safety procedures.

According to his Facebook page, Thomas went to Amory High School and studied at Itawamba Community College.

“Our thoughts and prayers are with our fallen soldier’s family, friends, and fellow 2-198 AR soldiers,” said Maj. Gen. Janson D. Boyles, the adjutant general of Mississippi. “The safety and security of our soldiers and airmen is paramount and we are working diligently to prevent any future incidents.”

The members of the 155th Armored Brigade Combat Team, based in Tupelo were participating in a two-week-long training, which focused this week on maneuvering tanks, said Kenneth Drylie, spokesman for the center.

The troops were doing an armored brigade combat team exercise, which emulates an overseas deployment to a war zone, Drylie said. Also participating in the training are National Guard members from California, Missouri, and members of the Air Force.

The National Training Center at Fort Irwin is a remote facility 37 miles northeast of Barstow in the High Mojave Desert midway between San Bernardino and Las Vegas.

Funeral arrangements for Thomas are incomplete with E.E. Pickle Funeral Home in Amory. 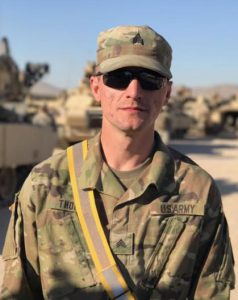