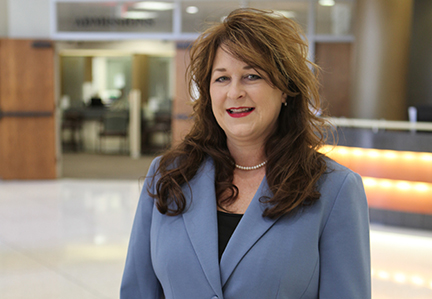 Ware, who also was named chief operating officer of the former Mississippi Baptist Health Systems in 2016, is the first registered nurse to take the reins as chief executive of Baptist Medical Center.

“Bobbie is a strong and experienced executive with a great passion for Baptist and our mission. Patient care is the main factor in every decision she makes. Bobbie has developed a second-to-none nursing and clinical team and supports an environment that promotes exceptional patient care,” said Chris Anderson in a press release.

In the aftermath of the shake-up, Anderson moved from his role as CEO of Mississippi Baptist to vice president of Mississippi operations for the new system.

Under Ware’s leadership, Baptist Medical Center received the nation’s top honor for nursing excellence, known as “Magnet status” in March. Only seven percent of hospitals in America have been granted Magnet recognition and Baptist is the only hospital in Mississippi to receive this designation, according to Baptist Memorial.

Ware, an Oxford native, began her career in 1987 as a critical care staff nurse at the Oxford-Lafayette County Hospital. While in nursing school, she conducted her clinical rotations at Baptist Medical Center and returned there to become an operating room nurse in 1989. Since 1991, she has served in leadership positions at Baptist Medical Center, including director of home care, director of Baptist Cancer Services and vice president of patient care operations.

“I knew Baptist was a special place once I completed my clinical rotations here,” Ware said in a press release. “Patient care is of utmost importance, and to support this practice, we look at synergies among all the professions in the patient care settings for input on how to best care for patients.”

In 2000, Ware became director of Baptist Cancer Services and began working with physicians, staff, community members, patients and Baptist Medical Center’s Board of Trustees to create a comprehensive cancer center.

Through research, planning and interviewing all these audiences, Baptist opened the Hederman Cancer Center in May 2002. Baptist Cancer Services treats more adult cancer patients than any other hospital in Mississippi, according to a press release from the hospital.

“Bobbie has a proven track record of success in leading the medical center,” added Anderson. “She is a leader who can articulate the hospital’s mission and vision to the staff, physicians and community.”