A look inside the heart of Ole Miss 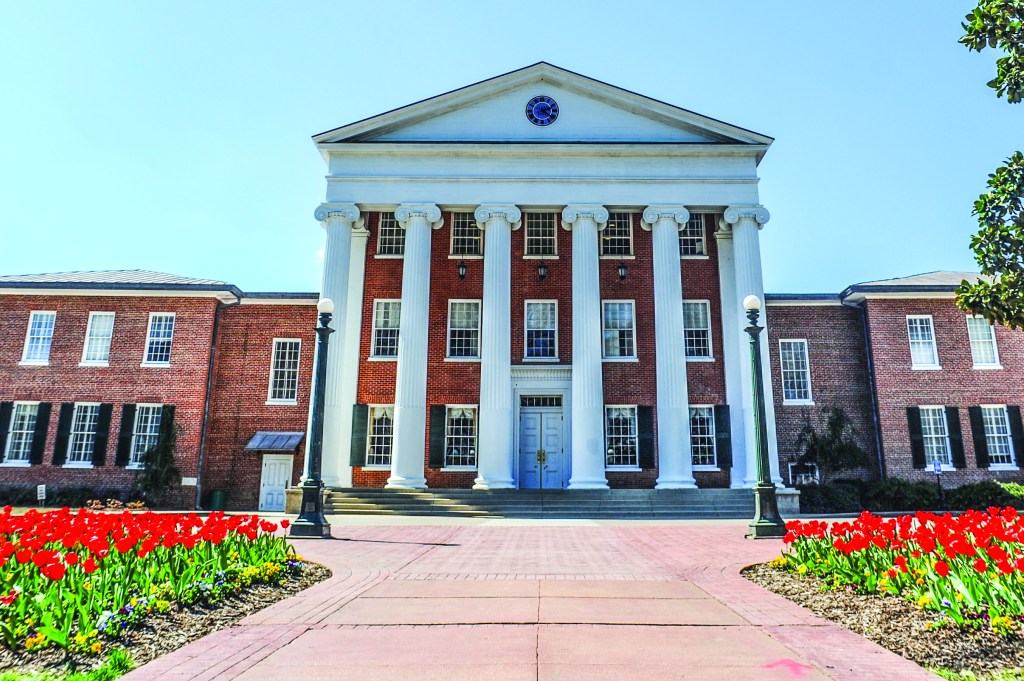 Community service is the core of the University of Mississippi, and the employees who work in the Chancellor’s Office, located inside the school’s oldest building, aim to help students.

The Lyceum, the center of the university, is located on the Circle. Built in November of 1848, it was once the location for all classrooms, administrative offices, laboratories, and even the library. It is the only building that stands today of the first six that were constructed on the original campus.

Dr. Linda Spargo, an Oxford resident of 31 years, is a coordinator of special projects, director of the Paris-Yates Chapel, previous director of the Writing Center, an academic advisor, and an instructor in the UM School of Business.

As a young child in Arkadelphia, Arkansas, she was a “very good student.”

Because her parents were strong believers in education, going to college wasn’t an option. She attended Ouachita Baptist University in her hometown that cost only $100 a semester at the time. There, she earned a bachelor of arts and a master’s degree in English. She continued her education, earning a doctorate in English.

After graduating college, Spargo moved to Dallas, married a “Dallas Cowboy,” and worked at Dallas Apparel Mart. After that, she moved to New York to work for American Airlines for one year.

Spargo later moved to San Francisco and started her own shop called The Wine and Food Shop, selling gourmet cheese and California wine.

Spargo has lived in Oxford since 1986. In 1995, Dr. Robert Khayat, chancellor at the time, invited her to work for him, although no job was laid out for her. She started out writing his speeches for the first four years.

“It was very stressful,” she said. “The first few years weren’t specific.”

Spargo later focused on being a liaison for families who called the office for different reasons. She receives calls every day from people who are following up with her, needing assistance in some way, or are calling because they are mad about a situation.

“I literally come to work, and on that given day, I get to help somebody,” Spargo said. “Everyday, I do things that are magical. It’s like Disney World, but sometimes annoying.”

Spargo said her main goal is to support the chancellor.

“Everything we do is to make sure the Chancellor is prepared every day for everything,” she said.

Spargo has worked at the university for 25 years and has “been collecting families and helping them grow up and go through different phases.”

In addition to working at the Chancellor’s Office, Dr. Spargo is a business communication professor.

“My dream job is to teach writing, and that’s what I do,” she said.

She is also on numerous university committees, including the parking and scholarship committees.

Spargo has many talents, such as communicating, recruiting, counseling, housing, advising and directing, to name a few. She has a passion for people.

“You couldn’t have told me when I was 40 years, old I’d be doing what I am now,” she said. “I don’t think people end up where they necessarily think they start.

“Every single day, I have the opportunity to cross paths with someone, but every time I do that, it is very meaningful. Maybe I’m telling them to grow up that day.”

The rewards of helping families and directing them to a certain building, helping them with financial aid, answering questions about admissions, and advising students far outweigh the “stress that comes with dealing with issues on campus that are important social shifts that have moved us forward,” Spargo said.

Whether a student needs a schedule changed or an attitude change, Spargo is here to help.

Around the corner of the office, Andie Cooper can be found at her desk doing numerous miscellaneous tasks. She is the executive assistant to Assistant Provost Dr. Don Cole.

Cooper, originally from New Albany, moved to Oxford 15 years ago. A previous business owner, Cooper has had lots of “hands-on” experience with many tasks. She was a wedding caterer from the time her boys were born until they started junior high, then got “burnt out” on the catering business.

A graduate of Ole Miss, Cooper attained a degree in business and marketing. After leaving the catering business, she began working on campus for university and public events. She worked there a year and a half, then began working at the Chancellor’s Office.

This past January was her one year anniversary.

Cooper’s day starts at 8 a.m. and ends at 5 p.m. During the day, she handles scheduling, reservations for conference rooms, file maintenance, student payroll, billing, and the purchase of toner and paper.

Her main task is to make sure that the hiring processes are taken care of for student workers and act as administrative support for Chancellor Jeff Vitter.

When Cooper was younger, she never envisioned what she wanted to be when she grew up. Since her parents were business owners, “I thought I would always work for them.”

Now that she works at the university, she has become invested in students.

“When student workers leave, we get attached,” she said. “It’s rewarding to see you all graduate, but we hate to see you leave.”

Cooper is interested in the dynamics of people and the behaviors people possess, which is a result of her strong connection to student workers.

“Being an alumni and an Ole Miss fan has been neat to work on campus,” she said. “It’s the best with benefits and is such a fun place to work.”

At the Chancellor’s Office, one can seek advice, direction, assistance, or simply a friendly “Hello.” The people who work here care about student success and ensuring that their main goal — community service — is achieved.

Oxford Stories is a news website produced by students at the University of Mississippi that also serves as a student news wire service and showcases their work.