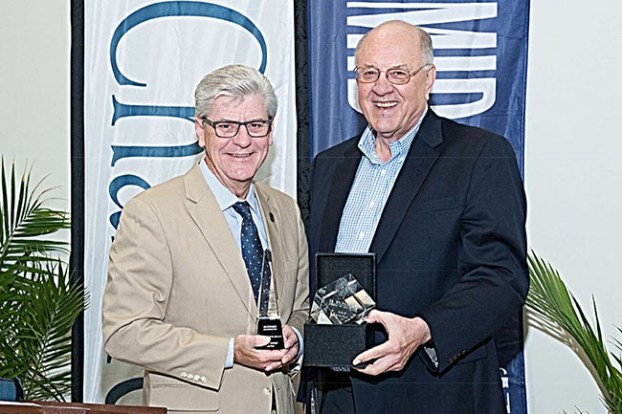 The Oxford-based Chartre Companies has received national attention from housing organizations and praise from Governor Phil Bryant for its award-winning Helm Place townhome development located in the Farish Street Historic District of Jackson.

According to the design statement found on the Best in American Living website, Helm Place “revitalizes the neighborhood with 88 townhomes in a five-block area that are designed to fit with the historical character of the neighborhood.”

The Helm Place development won two awards in the Best in American Living Awards at the National Association of Home Builders Award Show in Orlando. In addition to the awards, Gov. Bryant presented a resolution in honor of the new townhomes.

Helm Place received the “Best in American Living Gold Award” for the 2016 Best Affordable Single-Family Attached Housing. The townhomes were also honored by the Home Builders Association of Mississippi and received the award for best new construction of the multifamily development. The award was based on market rate and affordability.

According to a press release, Karen Kassik-Michelsohn, 2016 Best in American Living Awards subcommittee chair stated, “BALA recognizes the very best in residential home design. That award winners have shown that they are some of the most talented and forward-thinking professionals in their field.”

Bryant visited the housing development as part of a special ceremony on May 10 and presented Clarence Chapman, president of Chartre Companies, with a resolution honoring the Helm Place development for its accomplishments in the housing industry and the impact it is having on the Jackson community.

“We are really flattered and excited,” said Chapman. “It’s the biggest accomplishment we have ever had so it’s very satisfying.”