A Lafayette County man who was arrested last month for disorderly conduct after being told to leave from in front of the courthouse while waving the state flag was granted another continuance Monday at the Lafayette County Justice Court. 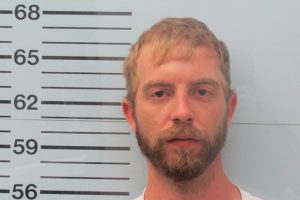 Matt Reardon asked the court for more time to obtain an attorney.

Reardon said he hasn’t had time to hire an attorney because he has been in the detention center since he was arrested a second time on May 23 on a felony charge of aggravated stalking in an unrelated incident.

His trial on the disorderly conduct charge was continued until June 10.

Reardon, 30, was charged with disorderly conduct on May 1 after a Lafayette County sheriff’s deputy asked him to move from standing in front of the Confederate statue on the south side of the courthouse. The deputy told Reardon he would have to move since he did not have a permit to assemble or protest on county property.

Reardon started to walk away but then turned around and approached the deputy asking for his name and badge number. The deputy placed Reardon under arrest. He was taken to the Lafayette County Detention Center where he was booked on a $250 bond.