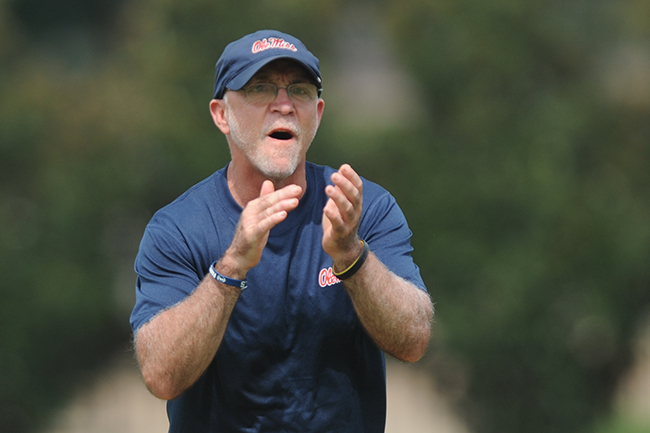 At least that’s what Ole Miss claimed Tuesday when the school publicly addressed the football program’s amended Notice of Allegations (NOA) with its 124-page response, one that revealed a clear, strong position on the Rebels’ former off-field staff member.

Farrar, who was fired in December after five seasons as the program’s assistant athletic director for high school and junior college relations, was named in four of the 21 alleged rules violations levied against the Rebels as part of the NCAA’s long-running investigation. All the charges Farrar is associated with are Level I infractions, the most serious.

Offensive line coach Matt Luke, tight ends coach Maurice Harris and running backs coach Derrick Nix are all on-field assistants who are still on staff despite also being named in the NOA, but the school said Farrar took his wrongdoing to another level by defying head coach Hugh Freeze and lying about his involvement in violations, particularly when it came to the recruitment of then-linebacker prospect Leo Lewis, who signed with Mississippi State in 2015.

While Ole Miss contested an accusation that Farrar knew about an alleged $10,000 cash payment made by a booster to Lewis in February 2015, part of the school’s response said it was “troubled” to discover Farrar was arranging for illegal contact between Lewis and boosters, part of “significant violations” Farrar committed as one of Lewis’ lead recruiters.

“(Farrar) intentionally hid this misconduct from the university compliance’s staff and his head coach and used multiple intermediaries in his scheme,” Ole Miss added in its response. “In doing so, Farrar acted contrary to the rules education provided to him by the university (and by other institutions throughout his decades as a Division I football staff member and coach). Farrar purposefully and actively circumvented the university’s monitoring systems and disregarded his head coach’s repeated directives.”

Farrar is also accused of arranging for Lewis and other recruits to receive free merchandise from a booster only referred to as Booster 8 by sending the players to the booster’s business, arranging for approximately $2,272 in illegal benefits for multiple recruits and lying to the NCAA’s enforcement staff about his involvement in violations.

The severity of the charges could add up to a show-cause penalty for Farrar. If that happens, any school that may want to hire Farrar in the future would have to appear before the NCAA’s Committee on Infractions and make a case as to why it should not be penalized for hiring him.