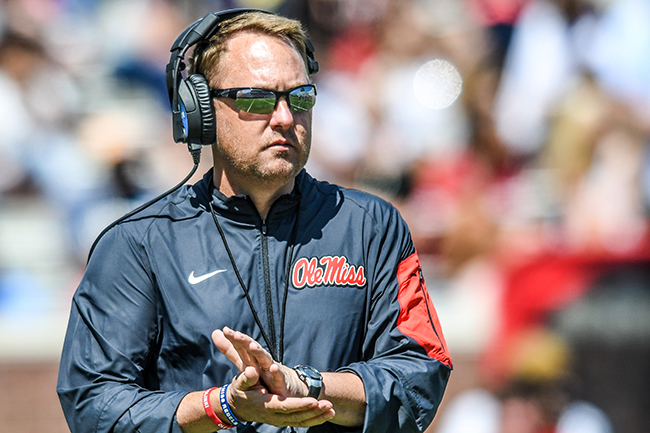 The nation has responded to Ole Miss’ response.

Reaction from around the country started rolling in shortly after the school made public its response Tuesday to the amended Notice of Allegations in what’s arguably the country’s most prominent ongoing NCAA college football investigation, which began in 2012 and will reach its conclusion when the Committee on Infractions makes its final ruling after a hearing this fall.

Here are some of the stories and tweets:

USA Today’s Dan Wolken wonders if the unwavering support of Freeze could come back to bite Ole Miss.

SBNation contemplates how Ole Miss’ decision to fight the NCAA will impact recruiting.

The school using a screenshot of the Joker from a rival player’s Twitter account as evidence is also an attention-grabber.

Ole Miss is admitting and agreeing major violations occurred, but also arguing Hugh Freeze should not be held responsible for them.

Read the Ole Miss response. Short version: "A lot of this happened, some didn't, but Coach didn't know any of it. For realz." #USC

Nothing Earth-shattering in Ole Miss' response. Pretty much what was expected after that February video. Going all in on Freeze against NCAA

Essentially, Ole Miss is saying that b/c Freeze took "proactive measures" he shouldn't be held to standard of NCAA legislation. Good luck.