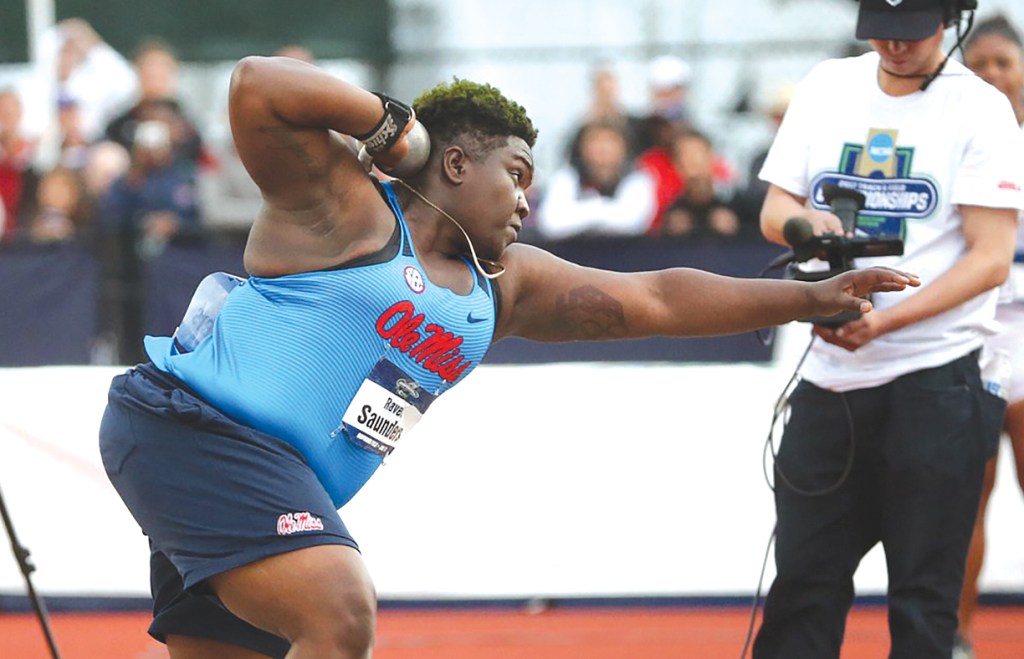 Raven Saunders will have to wait until next year for a shot at another collegiate title.

Saunders had distances farther than that but fouled on three straight throws, leaving Kent State’s Danniel Thomas to pull off the upset. Thomas’ winning throw of 19.15m set a meet record and was second only to Saunders as the farthest collegiate throw of all-time.

Former Rice standout Regina Cavanaugh (1985-87) is still the only woman to ever win three consecutive NCAA outdoor titles in the shot put.

A six-time collegiate All-American, Saunders, in her second season with the Rebels after transferring from Southern Illinois following her freshman season, has won four NCAA shot put titles (two indoor, two outdoor). She swept the Southeastern Conference indoor and outdoor titles this season.

Saunders’ teammate, Janeah Stewart, finished fifth in the shot put in her NCAA outdoor debut, recording a distance of 17.42m on her final attempt. Stewart also finished 10th in the hammer throw (63.3).