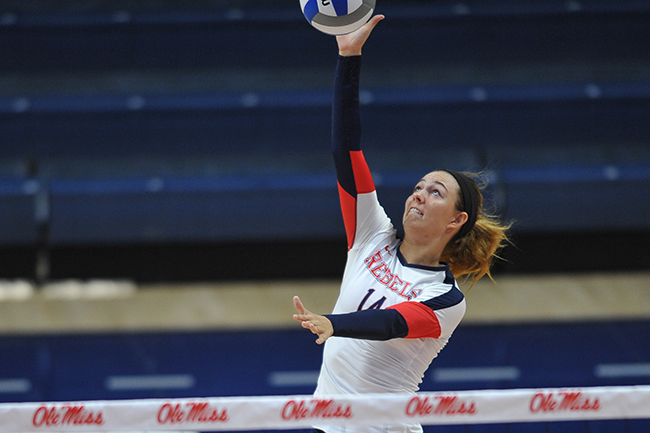 Ole Miss' Lexi Thompson returns against McNeese State at the Pavilion at Ole Miss in Oxford, Miss. on Saturday, September 3, 2016.

The Rebels return four starters from 2016, including outside hitters Kate Gibson and Lexi Thompson, who are poised to become the first Ole Miss members of the 1,000/1,000 club in the rally scoring era. Thompson and Gibson need 82 and 46 digs, respectively, to become the newest members of the exclusive club. Both players surpassed 1,000 kills last year, and battled it out until the end for the single-season kills record.

The full TV schedule will be released later this summer to include game times and TV designations. All home games not on TV will be available on SEC Network + via WatchESPN and the ESPN app.