Having father figures helped fill a loss in my life 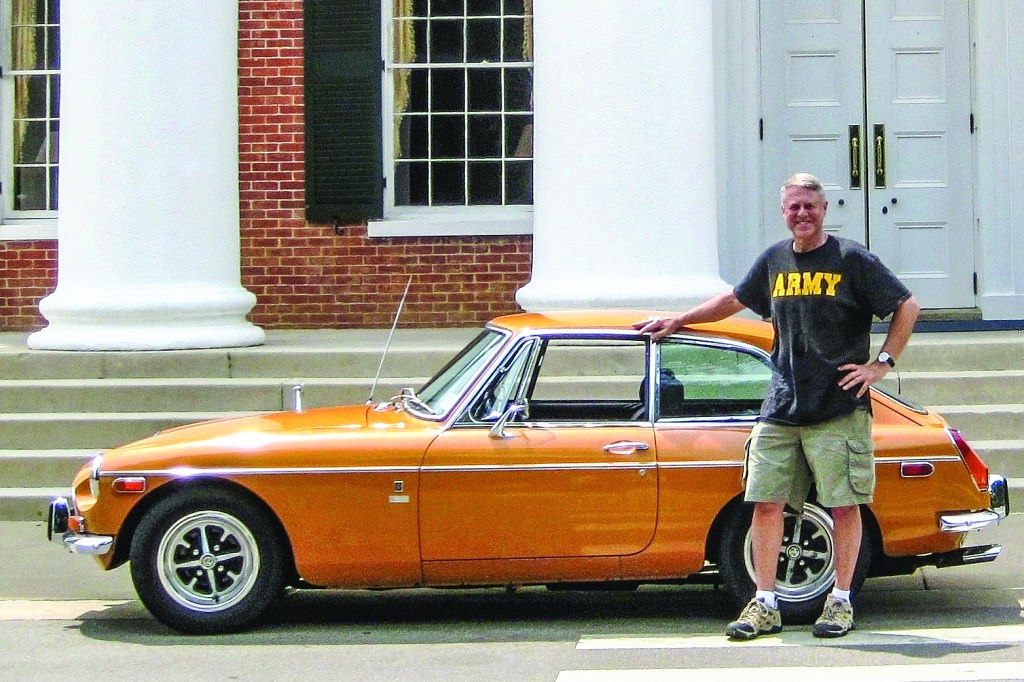 Happy Father’s Day dads on the 18th, and mom’s who also function as dad for whatever reason. Well done all!

After my dad died when we were both way too young, my hero mom, “Gert” became my mom and dad. Although I didn’t really know daddy, he was a good man and from the devastation I felt from his death weeks before entering college, along with my mom’s sensibility as a registered nurse, I developed a deep empathy for people. This capacity for caring eventually led to my life’s work assisting college students and all people in need.

Without a father figure, I “adopted” select strong men (and women) who were important in my life and used their moral character and faith to shape how I lived and am forever indebted to their guidance.

Daddy, his dad, and my mom’s dad, also gifted me with their mechanical genes, which additionally changed and shaped my life.

Granddaddy Stricker immigrated to America from Munster, Germany through Ellis Island and in 1907 became licensed by “Local Inspectors of Steamboats” as “Engineer of Vessels Propelled by Gas, Fluid, Naptha or Electric Motors.” He established the first Ford and John Deere dealerships in our small southern Missouri town near the Mississippi River and my dad and his brothers worked with him. My mom’s dad, Grandpa Renaud, operated a small farm a few miles from town and raised crops and animals that sustained them, especially through the depression, and with his sons depended on their mechanical skills to keep the equipment and farm running.

Without this mechanical ability, I’m not sure what or where I’d be as it gave me the ability to problem solve, think out of the box, be creative and caring, to fix broken things and to help broken people. My finances have always been limited, but inheriting my mom’s frugalness and being able to repair stuff allowed me to subsist.

Being handy with a wrench is extremely time consuming and at times drives me nuts, but is gratifying knowing I can fix something rather than taking the easy way out paying someone else to do it. And honestly, I somewhat thrive on projects as they keep the dust off my tools and brain and I always have something to do.

The weather this spring has been weird and I’m way behind on my car projects, but was trying to get non-car stuff completed to focus on having my 1971 MGB/GT and 1964 Land Rover Series 88, II-A, hopefully running by Christmas.

On Friday, May 26 we didn’t have Mass, so for the first time this season began work on the old MG (Morris Garage) – my first new car. Over the last two years, I have spent many hours installing new parts, refurbishing old ones, and making countless adjustments, so began by cleaning the float bowls and jets; adjusted the choke and throttle linkages to both SU (Skinner Union) carburetors, reinstalled the radiator (long story), put on new hoses and added antifreeze.

After whacking the fuel pump with a hammer to get it working (British car), I held my breath, pulled the choke knowing I didn’t have the linkage set quite properly, and turned the key. The engine stumbled, then raced to life, idled way too fast, ran rough, and sounded like crap. I didn’t have time to adjust the carbs because when I got back in the car to shut the engine off, watched alarmingly as the temperature gauge pegged hot! Either the water pump isn’t circulating water or the new thermostat is bad, but — it ran! However, being a bit frustrated and tired, I quit and had a tall glass of bourbon on the patio with that British cat, “Jaguar.”

After all the preliminary work on the MG, it’s time for tweaking, fortitude, inherited genes, and my secret – the Holy Spirit, to get it running properly. Meanwhile, I’m starting work on the Land Rover, which like the MG, puts a huge smile on my face every time I look at it. Amen?

Steve Stricker received his Ph.D. in Counseling from Ole Miss. He can be reached at sstricke@olemiss.edu.