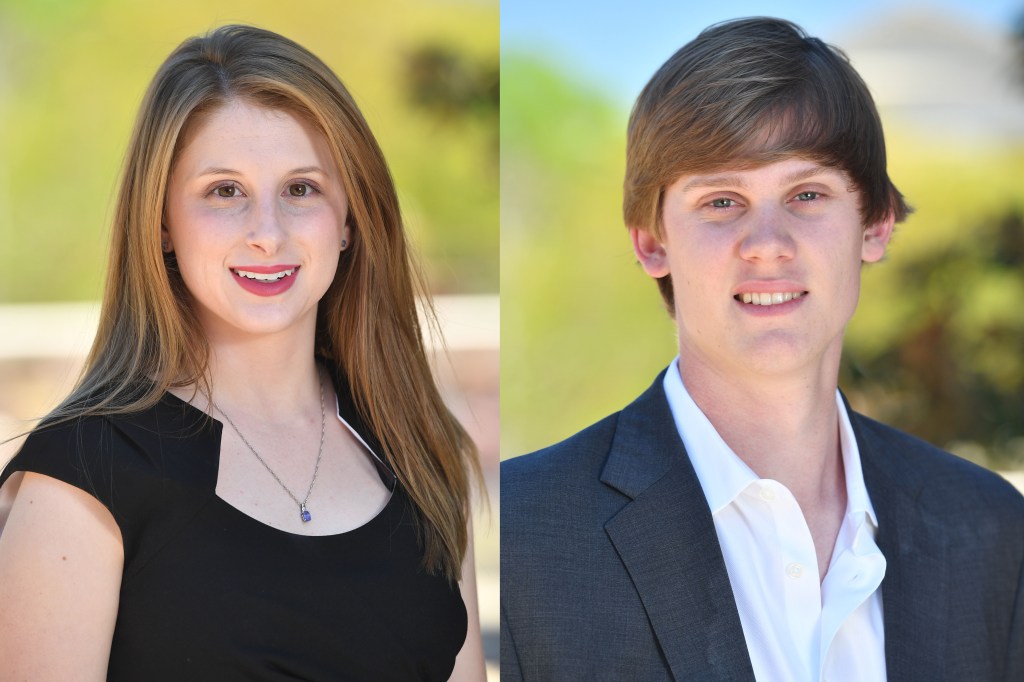 University of Mississippi senior Piper Dunn and junior Hunter Roth both of Oxford, were among more than 60 students initiated into the Beta of Mississippi Chapter of Phi Beta Kappa during an April 6 ceremony.

A biology and political science major, Dunn plans to continue her education through a joint law and public health program after graduation in December 2017.

She is president of the UM chapter of Phi Beta Beta, a biological honor society and a member of Pi Sigma Alpha, a political science honor society. Dunn is also a research assistant in the lab of biology professor Glenn Parsons, helping Parsons develop new technologies aimed to reduce shark mortality during capture and reducing the accidental capture of sharks in commercial fishing operations.

She is the daughter of Arthur and Cindy Dunn of Oxford.

Hunter Leland Roth is a junior biology major who, after graduation in May 2018, plans to attend medical school.

Roth is a member of the Sally McDonnell Barksdale Honors College, and the Eta Chapter of Sigma Chi. Roth believes the biggest academic achievement is being asked to be a member of the Phi Beta Kappa.

He is the son of Dr. S. Todd and Lisa Roth of Oxford.

The University of Mississippi is the only public university in the state to shelter a chapter of Phi Beta Kappa.