Legislators want to scale back film incentives with “It’s Time” 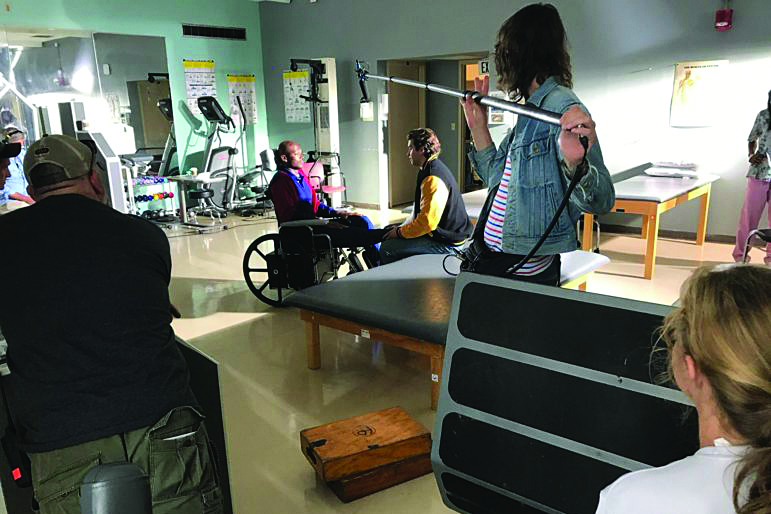 “It’s Time,” a film based on the life of former Ole Miss football player Chucky Mullins, could be one of the last multi-million dollar motion pictures filmed in the state to take advantage of all three rebates offered in the Mississippi Motion Picture Incentive Program.

The non-resident payroll portion of the incentive program, which offers a 25 percent cash rebate on payroll paid to cast and crew members who are not Mississippi residents, was not extended by the Legislature this year. This component will expire July 1. The Department of Revenue will not issue any rebates for non-resident productions submitted after June 30.

“For every taxpayer dollar spent on that program, the state made 49 cents back on the dollar,” said Sen. Joey Fillingane R-Hattiesburg, chairman of the Senate finance committee.

“Obviously, if you’re in a tight budget year and you’re looking at places to cut dollars that don’t affect essential state services, (rebate programs) became a target of great concern,” he added.

Fillingane did not respond to Mississippi Today’s request for additional details of how much the state has spent on the program since its inception in 2004.

Jeff Rent, public relations manager for the Mississippi Development Authority, said pre-approved projects still filming in the state should not be affected when the non-resident payroll portion of the incentive program expires.

The “It’s Time” production is taking advantage of all three incentive programs.

The feature film, expected to premiere in fall 2018, examines the relationship between Mullins and Vanderbilt fullback Brad Gaines. When tackling Gaines during the 1989 homecoming game, Mullins shattered four vertebrae in his cervical spine, causing immediate paralysis.

Mullins and Gaines had not known each other prior to the hit, but during Mullins’ hospitalization, they became very good friends. Mullins also received tremendous support from people across the nation during this time.

Mullins returned to Ole Miss to complete his undergraduate degree in 1990. He died on May 6, 1991, after complications prompted by blood clots. He was 21.

Recently, Mississippi Today reporters were on set at the University of Mississippi Medical Center for the shooting of a scene in which Brad Gaines, played by Emmy-nominated actor Pierson Fodé, is told that Mullins, played by Sedate Threatt Jr., will die soon.

Other scenes have been filmed at Jackson State University, the University of Mississippi in Oxford and the Veterans Memorial Stadium in Jackson.

“In the beginning, it was a story. But it became a phenomenon to the people here,” said Wendy Yamano, producer of ‘It’s Time.’ Why go anywhere else (to film)?”

The film rebate also was a factor in the decision to film in Mississippi, said Yamano.

“We were careful to rent props, buy costumes and select crew members from Mississippi,” she explained.

“Our image faltered immediately in the face of Hollywood people, the people with the funds and the knowledge of the industry,” said Jordan Sudduth, location manager for ‘It’s Time.’”

Even though scouting for future productions continues in Mississippi, “the loss of the non-resident rebate will have an impact on the trajectory of the film industry here,” said the Development Authority’s Jeff Rent.

Sen. Fillingane counters those arguments: “The concern began when movie companies brought in their crews from out of state then left and went back home. That was not what we intended when we started the program. The program was supposed to teach our people so they can do it themselves.

“We weren’t even breaking even,” he said. “That’s why it wasn’t renewed this session.”

The non-resident rebate program will not be discussed again until the 2018 legislative session.

“’It’s Time’ came right up under the deadline,” said Sudduth. “But the damage is done after a year.”