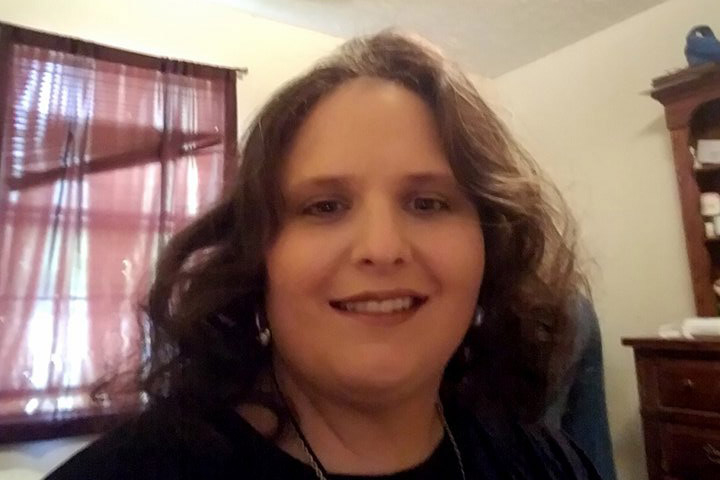 When most people go on a diet, usually just those people they encounter in their daily lives may know their struggles and successes.

For Oxford resident Dottie Potts, her weight-loss journey has been witnessed across the world, with her story airing twice on TLC’s “My 600lb Life” television show.

Potts first appeared on the show in February 2016. She appeared on national television again on May 10 on TLC’s follow-up show “Where are they now? My 600lb Life.”

The first show focused on Potts taking the beginning steps to losing weight while caring for her two children – Daniel, 13, who had severe cerebral palsy, and Landon, who was two at the time. She weighed 641 pounds when she applied to be on the show. She had gastric sleeve surgery in January 2016.

“This last episode is mostly on my dealing with the loss of Daniel,” Potts told the EAGLE recently.

After Daniel’s death, Potts had a difficult time following her weight-loss plan while suffering from the loss of her child.

“I basically sabotaged myself,” she said. “I thought I could handle stuff on my own.”

After realizing she needed help to get her mind healthy in order to get her body healthy, she sought help from a therapist.

Dotts returned to Texas in September, where the show is based and where her physician, Dr. Younan Nowzaradan is located.

With fluctuating weight loss and a hiatal hernia, Nowzaradan decided to revise Potts’ weight-loss surgery and do a complete gastric by-pass. She had the surgery on May 10.

“Before I came home, I weighed 464 pounds,” she said. “I’m sure I’ve lost more since but I don’t weigh myself. I let the doctors do that.”

Potts is expected to lose 100 pounds in the first three months after the surgery.

“I used to cope with things through eating,” she said. “Now, I can’t do that.”

A gastric bypass is a surgical procedure in which the stomach is divided into a small upper pouch and a much larger lower “remnant” pouch and then the small intestine is rearranged to connect to both.

Potts said she can still only eat soft foods and very little even then.

“I’m still weak from the surgery and my energy isn’t what it should be,” she said. “But it’s just my body adjusting.”

Potts, who is married to Chris Potts, said she realizes her weight is something she will have to manage her entire life.

“There will always be a struggle,” she said. “But I want to be able to work. I want a job. I have goals.”

She was able to meet one of those goals last week when she and her husband attended the Hank Williams Jr. concert.

“That was something I couldn’t do before,” she said.

Since the show aired, Potts said she has received only positive feedback personally or on social media sites.

“If there are negative comments, I haven’t seen them,” she said. “Some mothers with medically fragile children have told me I inspired them. It’s difficult to put everything out there, but not only do I do it for me, or my family, but for anyone out there struggling. If my episodes can help them, then I feel like I’ve already succeeded.”

A spokesperson for TLC said no decision has yet been made as to whether they will film another follow-up episode involving Potts.

“I thank TLC and Dr. Now for giving me this opportunity to change my life for the better and to be around longer for my husband and child,” Potts said.