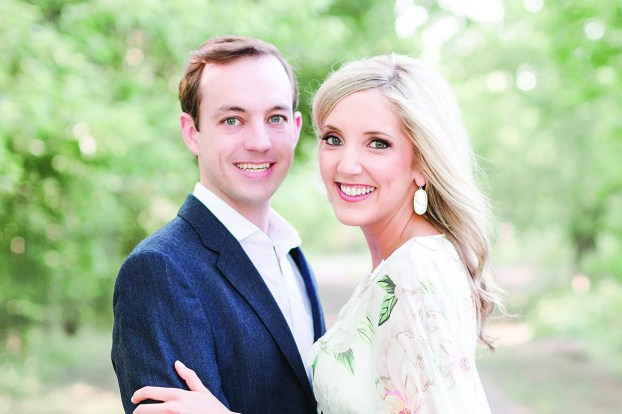 The couple will exchange vows July 8, 2017, at First Baptist Church in West Memphis, Arkansas with a reception immediately following at the Cadre Building in Memphis, Tennessee.

The bride-to-be is the granddaughter of Mr. and Mrs. James Franklin Baker of West Memphis and the late Mr. and Mrs. Clifford Blackburn Britton of Crawfordsville, Arkansas.

A 2007 graduate of Hutchison School in Memphis, she graduated from the University of Arkansas in 2011 with a bachelor’s degree in nursing and was a member of the Kappa Kappa Gamma Sorority. Currently, she is a nurse at St. Jude Children’s Research Hospital in Memphis.

The prospective groom is the grandson of Gladys Pilcher Starnes and the late Milton Robert Starnes of Oxford and the late Mr. and Mrs. Alan Douglas Hey of Plymouth, Massachusetts.

A 2002 graduate of Jackson Preparatory School, he graduated from the University of Mississippi in 2006 with a bachelor’s degree in banking and finance, and a bachelor’s degree in accounting. He was a member of the Kappa Alpha fraternity. He is a certified public accountant and a chartered financial analyst. Currently, he is serving as a senior vice president at Vining Sparks in Memphis.