When is the total solar eclipse 2017? Time, date, where to see it in United States? 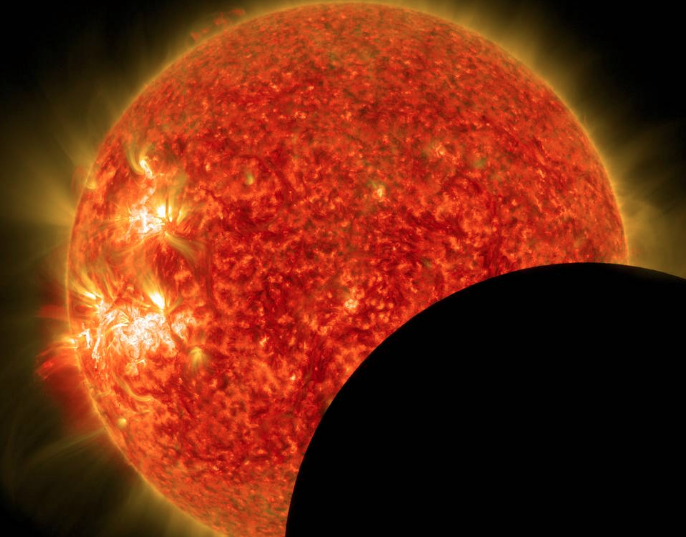 A total solar eclipse will occur in August 2017. (NASA)

The date is nearing for a rare total solar eclipse of the sun that can be seen across a wide swath of the United States.

It is the first time in 99 years that a total solar eclipse will cross the entire nation.

It’s Monday, August 21, 2017, and all of North America will be treated to an eclipse of the sun. A total of 14 states will get to see the total solar eclipse.

According to NASA, “Anyone within the path of totality can see one of nature’s most awe inspiring sights – a total solar eclipse. This path, where the moon will completely cover the sun and the sun’s tenuous atmosphere – the corona – can be seen, will stretch from Salem, Oregon to Charleston, South Carolina. Observers outside this path will still see a partial solar eclipse where the moon covers part of the sun’s disk.”

NASA created a website to provide a guide to this amazing event. Here you will find activities, events, broadcasts, and resources from NASA and our partners across the nation. You can see that here.

NASA understands millions will want to see the total solar eclipse and it has plans to live stream the August 2017 event. “In a special online show to be streamed live called Eclipse Across America: Through the Eyes of NASA, the space agency plans to show real-time imagery captured by 11 spacecraft, 3 aircraft, and 50 high-altitude balloons,” explains Digital Trends. “Even the folks aboard the International Space Station are joining in the fun, live-streaming the celestial even from their orbiting satellite some 250 miles above Earth.”