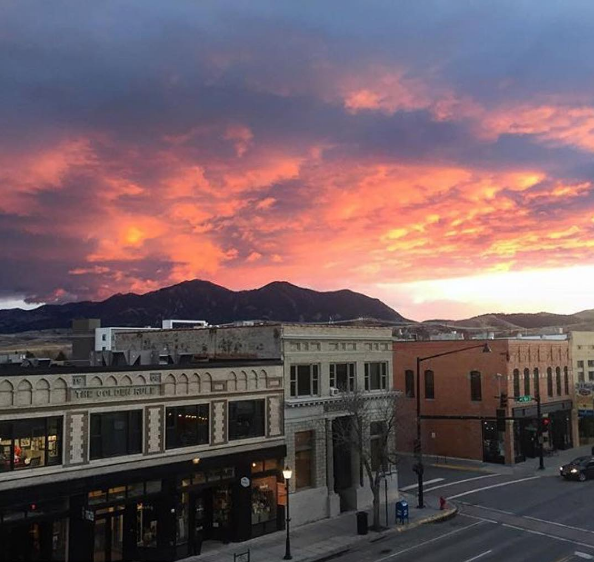 Walking the quiet, tree-lined streets in the heart of the small university city would lead one to believe that Bozeman, Montana is the closest thing to perfect living you can find.

It’s a short stroll to the Montana State University campus or to a nearby city park where dog owners meet each afternoon to let their dogs loose for free play and acquainting frolic.

Just blocks away in a walk along well-kept sidewalks with green grass medians is a crisp Main Street, with local shopping alternatives including a popular independent bookstore (David Sedaris had a signing last week), and thriving local restaurants good enough to make James Beard smile.

But many locals are nervous, unable to enjoy it all for fearing it is being taken away. Some sport “Save Bozeman” signs in their front yards and others will talk on cue or not about traffic problems and damaging suburban sprawl. The local newspaper ran a story questioning whether the city is about to place a ban on taller city buildings, and older neighbors like to talk about how it was more than how it will be.

Around the city’s perimeter, one new subdivision is underway before another is finished.

And it all seems so familiar, doesn’t it?

Oxford, Mississippi and Bozeman, Montana wouldn’t seem to have much in common. Bozeman is in the Rockies, and residents are outdoor and fitness freaks, walking, snow skiing, fly fishing and pretty much doing anything possible to enjoy the landscape, even if the temperature does stay below 32 degrees for long periods of winter with more than 80 inches of snow.

At roughly one in five homes in the curated Bon Ton district is a drift boat in the driveway, for whenever residents may need to float down a nearby trout-filled river, like the Madison.

Oxford, on the other hand, is known for its hills only because it connects to the flat Mississippi Delta region. But our tallest hill is just a bump in the road in the landscape surrounding Bozeman and our prettiest water is the oft-muddy Sardis Reservoir.

But Oxford and Bozeman are the really same. I have rarely known, in fact, two cities with so much in common, and so much to learn from one another. My son, Hudson, who spent much of his early life in downtown Oxford and now lives with a wife in downtown Bozeman, agrees.

“I feel like I am at home in Oxford,” I tell him, walking his city streets while marveling at the trees and homes.

“That’s the first thing we thought when we moved out here,” he said. “This feels a lot like Oxford.”

The city’s problems are just the same when you leave out parts like potentially encountering bears on hikes around Bozeman or the stale beer smell that wafts around the Oxford Square early some Sunday mornings – it’s about parking, traffic, plowing up all available dirt, effective long-term planning and zoning, and infrastructure challenges that come with being one of the fastest growing cities in the region.

People are flocking to Bozeman at the same pace they are flocking to Oxford because both are delightful, and both cities desperately want to accommodate while keeping their treasured character.

So here sits Bozeman, Montana, the most delightful college town you can find, anywhere — outside of Oxford, Mississippi.

Don’t ask the rare few who know both to pick a winner.

God blessed Bozeman and Oxford, they will tell you.

Yes, and now it’s up to the people to keep it that way.

So we have a lot in common, despite differences of terrain and residential hobbies. And, we have a lot that we can learn from one another, like how a delightful college town can have its growth and keep the quaintness too.

Family time at the beach