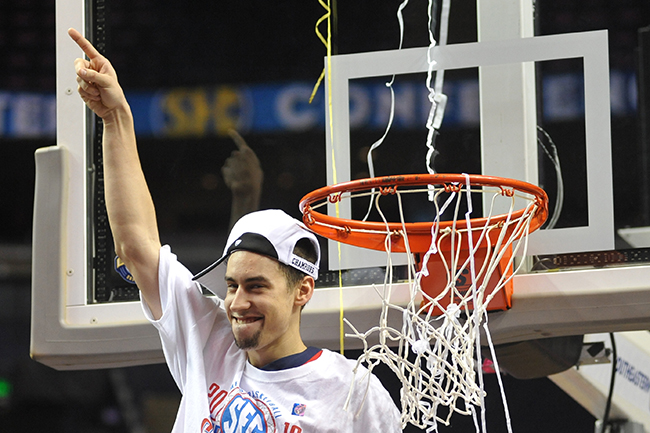 Ole Miss' Marshall Henderson (22) cuts down the net vs. Florida in the SEC championship game at Bridgestone Arena in Nashville, Tenn. on Sunday, March 17, 2013. Ole Miss announced on Tuesday the return of Henderson to the program as a graduate manager.

Some of Ole Miss basketball’s most accomplished alumni will soon unite to play for much more than pride.

Ole Hotty Toddy, a team comprised of nine former Ole Miss players, is one of 64 teams that will compete next month in The Basketball Tournament, a four-region, single-elimination tournament that’s set up similar to college’s NCAA Tournament. But the reward is lucrative with the champion receiving a $2 million payout.

“Everybody is going to be playing extremely hard for the $2 million,” said Terrance Henry, a forward for Ole Miss from 2009-12 who’s playing in the event for the first time. “There’s some pretty good teams out there.”

Ole Hotty Toddy’s roster is a who’s who of recent Ole Miss standouts headlined by former 3-point specialist Marshall Henderson (2013-14), who put the team together while doubling as the general manager. The team includes five of the top 25 scorers in Ole Miss history as well as the program’s all-time leading rebounder in Murphy Holloway (2009-13) to make up arguably the most talented alumni roster Ole Miss has had in the tournament, which was first played in 2014.

“Five of us were the core from the 2013 SEC Championship Rebels,” Henderson said, according to The Basketball Tournament website. “Teaming up with four of the top individual players the school has seen who all have had great success in the pro level is a dream come true for not only the players but the coaches and fans as well.”

Henderson will be joined in the backcourt by Chris Warren (2008-11), the Rebels’ third all-time leading scorer, Terrico White (2009-10), the last Ole Miss player to be taken in the NBA Draft, and former All-SEC point guard Jarvis Summers, who ranks in the top 10 in scoring, assists and free throws. Henderson holds the school record for 3-pointers made in a season while Warren still holds the career record for 3s.

“I think if it comes down to it, we have low-post scorers in Murphy, DC and me if I need to play down there, but I think our strength will be our guard play,” Henry said. “We know what we have to do, and we’ll be able to do our jobs.” 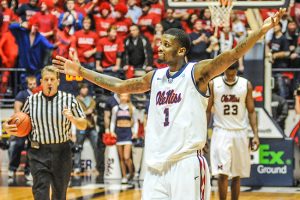 Terrance Henry, a forward for Ole Miss from 2009-12, will play with Ole Miss’ alumni team for the first time this summer. (Bruce Newman)

But if Ole Miss’ team is going to make a serious run at the multi-million dollar prize, it will have to earn it.

Ole Hotty Toddy is the No. 3 seed in the South Region, a testament to how highly the team’s talent level is regarded since seeds are assigned based on how good the tournament believes each team is, and will open the tournament against NC Prodigal Sons on July 8 in Charlotte, North Carolina.

Should Ole Hotty Toddy win its opener, it could meet No. 6 Memorial Magic (Vanderbilt alumni) on July 9 with a trip to the Super 16 on the line. Other teams the Rebels’ alumni team may have to get through for a region title are No. 8 Matadors (Texas Tech alumni), No. 7 Blue Zoo (MTSU alumni), No. 2 Ram Nation (VCU alumni) and top-seeded Overseas Elite, which has won the tournament the last two years.

“That won’t be easy, but just like they have good players, we do, too,” Henry said.

The tournament semifinals will be played Aug. 1 with the championship game set for Aug. 3 in Baltimore. The Super 16, which begins July 20, semifinals and championship will be televised on ESPN and ESPN2.

As for how the winning team’s earnings will be divided, 10 percent will go to the team’s top 100 fans, or people who cast votes to get the team into the tournament field. The rest will be split up among the players.

Henry said he likes Ole Hotty Toddy’s chances as much as anybody else’s.