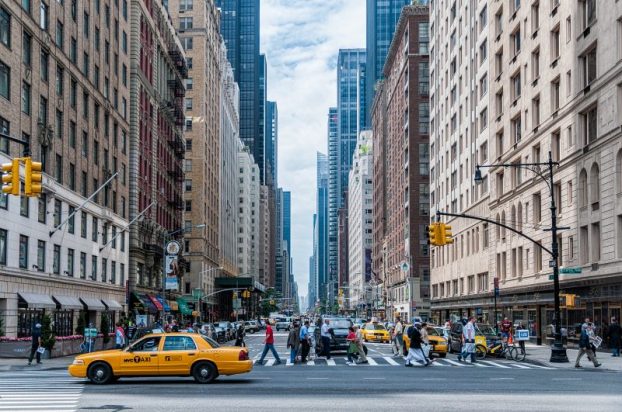 Normally, it’s the kind of invitation I’d politely decline: to attend a meeting of the Sons of Confederate Veterans.

The impetus was a column last year about Confederate Heritage Month in Mississippi, in which I mused on various ways of celebrating. “Shoot a Yankee” was one.

The column was not warmly received by the Confederate community.

That’s what made the letter from Patrick McCullough stand out. McCullough is commander of the Sons of Confederate Veterans camp in New York City.

In his letter, McCullough suggested alternative ways of celebrating the month:

“You could help us, your fellow Southern expats, decorate the hundreds of neglected Confederate POW graves in Cypress Hills in Queens. Or, if you feel like a longer ramble up to the Bronx, you could join us in Woodlawn to decorate the graves of no-less-than-six Confederate generals interred there.”

He deftly dismissed the column’s premise that the Confederate period provided no successes to learn from.

“I will turn on you one of my favorite phrases: ‘I respect your intelligence far too much to accept that you believe what you say.’”

I was charmed, which is how last weekend I came to be at the camp’s 4th Annual Cigar & Mint Julep Party in Manhattan.

Brief summary: Nobody dressed in Johnny Reb garb. Nobody yee-hawed. Most important, nobody shot me.

A couple of dozen people were on hand, maybe half of them members, the rest attracted by friendship or, in at least one case, the mint juleps. If there was any talk of seceding again, I didn’t hear it.

“I don’t think you’ll find anybody still fighting the war here,” said one member, who preferred I not use his name. “I think here you’ll just find Confederate gentlemen.”

More Tennessee Williams, I was given to understand, than Stonewall Jackson.

Camp membership stands at about 40, and tends to skew gay, McCullough had written – “I should say many are homosexual, we are all quite gay, especially as we always have whiskey at the meetings.”

I learned there is also a strong tendency for members to be affiliated with other hereditary organizations, of which there are beaucoup. McCullough, a displaced Georgian, is also a member of the Sons of the Revolution and Sons of the Republic of Texas.

As such, he’s a relative piker: The fellow who didn’t want his name used confessed to maybe 50 such memberships, including in a Union counterpart of the Sons. A Virginian, he explained that some of his ancestors went Gray, some Blue.

“I’m proud of the service of both,” he said.

Only briefly did I tread on potentially volatile issues, again with the nameless one. He unsurprisingly professed disgust with the removals of Confederate monuments in New Orleans, and support for the Confederate emblem on Mississippi’s flag:

“It should always be there.”

I didn’t volunteer my opinions. I hadn’t partaken in the mint juleps, which might have loosened my lips unwisely.

Then again, it might not have mattered. This is the same group that, every year, takes part in the birthday celebration for one Ulysses S. Grant, hosted by the Sons of Union Veterans.

Makes sense. If a bunch of Confederate sympathizers were going to keep fighting the war, New York wouldn’t be the smartest place to pick as a battlefield.

Challenges of growth in county

Lafayette County had a whiff of Oxford circa 2006 this week when talk surfaced of a building moratorium. It occurred... read more