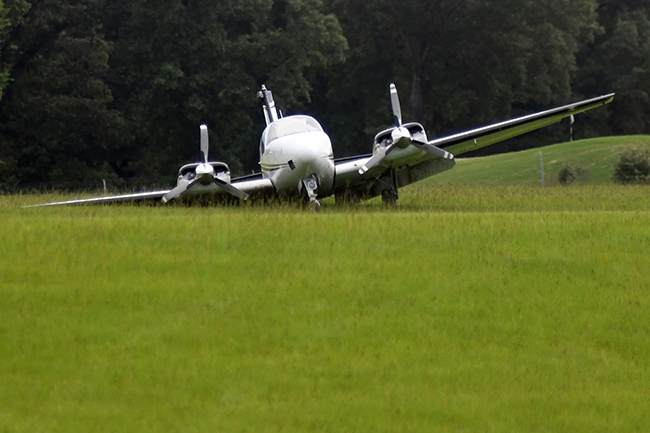 A damaged plane sits off to the side of the runway at the Airport at Ole Miss, in Oxford, Miss. on Monday, June 26, 2017.

A small plane carrying two passengers was damaged while landing at the University-Oxford Airport shortly after 9 a.m. Saturday.

Neither the pilot nor the one passenger in the Beechcraft Baron plane was injured, according to university officials.

“The plane appears to have slid off the runway,” said Jon Scott, public relations director for the University of Mississippi. “It’s fortunate that no one was hurt.”

Witnesses say the plane appeared to spin off the runway and that the right landing gear did not extend.

The airport was closed temporarily Saturday morning until the plane could be removed from the runway.

An investigation into the incident will be conducted, according to Scott.

Lafayette-Oxford’s Fourth of July parade set to roll on…