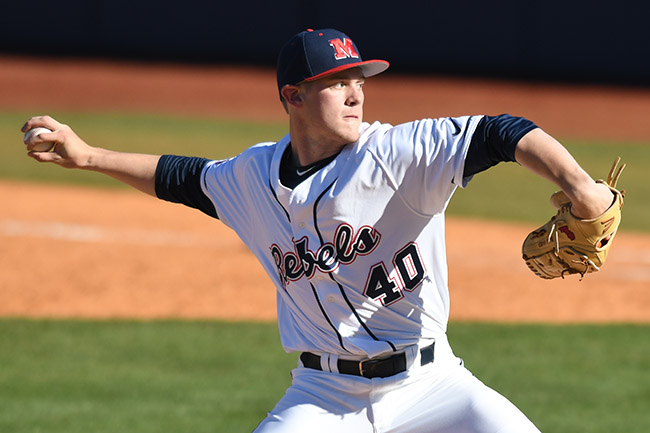 Playing for the Elmira (New York) Pioneers, Roth, who recently finished his freshman season at Ole Miss, set a PGCBL record with 20 strikeouts in a dominant complete game Saturday in the Pioneers’ 2-0 win over the Newark Pilots. The Oxford native took a perfect game into the seventh inning before allowing a double and faced just two batters over the minimum.

Roth shattered the record set by former Mohawk Valley pitcher Joe Michaud, who struck out 15 against Glens Falls in 2012. It’s a rare feat for Roth, whose punchout total also matches the most ever recorded in a Major League game.

Roth’s performance comes on the heels of the 6-foot-3 right-hander earning freshman All-America honors from Collegiate Baseball. Roth transitioned from a starter at Oxford High to the bullpen this spring for the Rebels and posted the lowest earned run average on the team (1.57) in 18 appearances. He struck out 41 and walked eight in 28 2/3 innings with seven of his outings covering at least two innings.