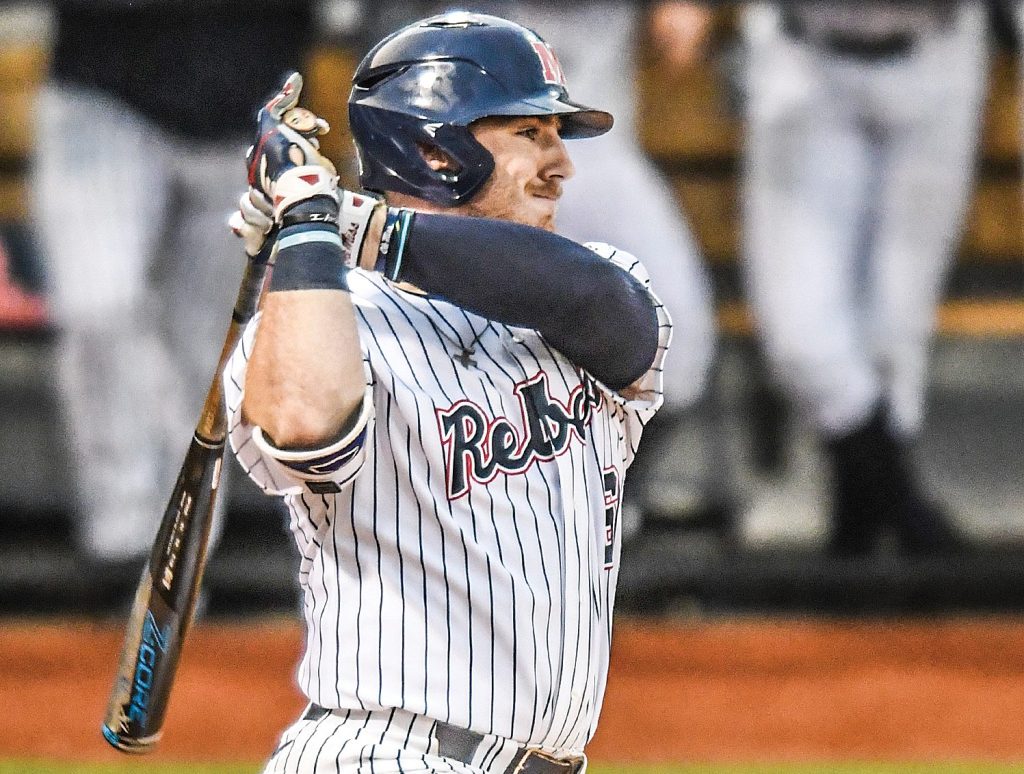 A local member of Ole Miss’ No. 1-ranked recruiting class, Dillard signed with the Rebels out of Oxford High with lofty expectations. The powerful switch-hitting catcher hit .438 in his only season at Oxford and led the nation with 16 home runs.

With fellow freshman Cooper Johnson joining Nick Fortes behind the plate, Dillard was moved to left field in order to keep what Ole Miss coach Mike Bianco hoped would be an immediate impact bat in the lineup. Dillard started 45 of the 48 games he played this season but hit just .206 with four home runs and 12 RBIs, a far cry from the numbers he’s used to putting up as a run producer in the middle of the order.

“It was pretty frustrating,” Dillard said. “I tried to stay with a positive mindset, but it just wears on you after a while. It wasn’t so much personally for me but just letting down the team and the fans. I underperformed this year and felt like I could’ve done a lot of stuff better.”

Dillard’s first chance to improve his game is coming in Massachusetts this summer while playing for the Cotuit Kettleers in the Cape Cod League, where the competition is strong. With rosters filled with some of the top arms in college baseball, the pitching is on another level.

“We face everywhere from lefties throwing 95 (miles per hour) to (Wednesday) night we faced a closer that was 97 to 100,” Dillard said. “You’ll see the best sliders and curveballs you’ve ever seen. Everybody you face is the biggest stud at their school.”

But Dillard is embracing the challenge the prestigious league poses as he tries to begin fixing the issues that plagued him during his inaugural collegiate season.

The primary reason for Dillard’s low numbers was an unusually high strikeout rate. His 51 strikeouts led the team with 36 percent of his at-bats ending in punchouts, a rate that more than doubled from his final high school season.

Some of it was the natural learning curve that came with facing collegiate pitching for the first time, but Dillard said he added to his struggles by trying to do too much. Big swings often put him behind in the count, which put him at the mercy of more experienced arms.

“I was missing too many (batting practice) pitches to hit,” Dillard said. “Not necessarily giving me pitches to hit, but pitches I should drive. I feel like I got behind in some counts too often and then I just got out of my game of being aggressive and I had to be defensive. I need to work on just getting a pitch to hit and capitalizing on it for sure.”

Dillard said he worked with Ole Miss hitting coach Mike Clement on staying on pitches, but there came a point where instruction could only help so much. The lack of production affected his confidence and his approach.

“There would be some stretches where I’d get two fastballs to hit early on in the count and I’d just foul them straight back,” Dillard said. “There were other stretches where I’d see the pitch but I’d take it. I have to get more consistent with being aggressive and making contact because I like to hit the ball early in the count so the pitcher doesn’t have to throw their pitch and I can hit my pitch.”

The 6-foot, 220-pound Dillard is out to simplify all of it this summer.

“I feel like I can run a little bit, but I’m more of a power production kind of guy,” Dillard said. “Just working on driving balls consistently and putting balls in play.”

Dillard said he’s caught a handful of games for the Kettleers, though moving back behind the plate at Ole Miss likely isn’t a realistic option with Johnson and Fortes still around.

He also served as the Rebels’ designated hitter at times and could play in the infield. Dillard said Bianco didn’t get into defensive specifics during Dillard’s exit interview following the season, though he’s not picky.

“Whether it’s playing left field, third base, DH or catcher, whatever I can help the team out with, I’d be happy to do it,” Dillard said.

He’ll play somewhere if he hits, and he’s got a season’s worth of motivation to help him along the way.