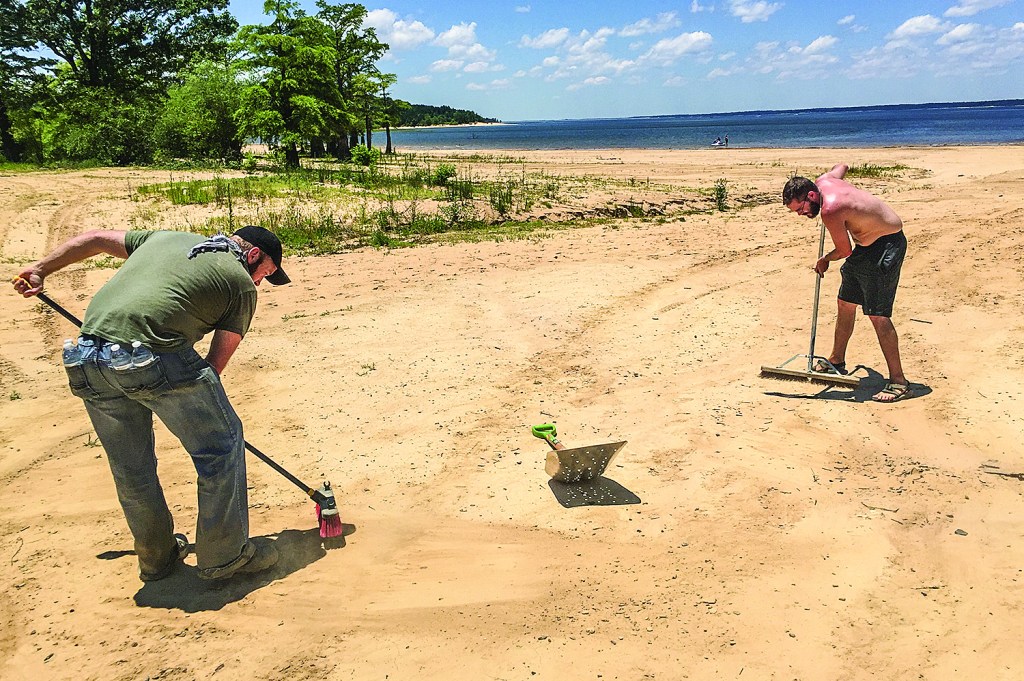 One of the first things Will Jordan fell in love with when he moved to Oxford about a year ago was Sardis Lake.

What he didn’t love so much was seeing the amount of trash people left behind after a day of fun in the sun.

So he decided to clean it up.

Jordan, 32, works for Mugshots Restaurant and moved to Oxford to manage the newly opened location on West Jackson Avenue.

“The general manager told me about this great lake here in Lafayette County, so I went to check it out,” Jordan said. “It is an awesome place, but from day one, I’ve seen it constantly being trashed.”

When the weather turned warm again this year, Jordan headed back out to the lake and after seeing so much debris again, he decided he would try to clean it up.

Armed with garbage bags, Jordan would visit various locations around the lake, Hurricane Landing, Clear Creek boat ramp and the beach point, known locally as “the end of the road.”

“It was nice,” he said. “I was enjoying being outside. It was kind of fun.”

Jordan realized it was a bigger job than for just one so he invited some Mugshots employees to come with him last month on his birthday. Together, he estimates they picked up about 1,000 pounds of trash, with a third of it being broken glass bottles.

“Mugshots encourages us to give back to the community,” he said.

Other than glass, Jordan said he and his group have found shotgun shells, televisions, computers and even melted Christmas lights.

“Some people use it as a dump,” he said. “Most of its beer bottles, but we’ve also found nitrous can crackers, which means people are out there huffing. Lafayette County is supposed to be dry for beer. There’s a lot of alcohol use not being monitored. Not that I have an issue with drinking beer, but it’s leading to a huge glass problem out there and it’s just not safe.”

The group has gone to the lake twice and now Jordan wants to open it up to anyone who wishes to help lend a hand. The next clean-up will be on July 23 at about 10:30 a.m. Those interested in helping should email Jordan at willyj357@yahoo.com.

“I’d love to eventually get some four-wheelers out there so we cover more territory,” he said.