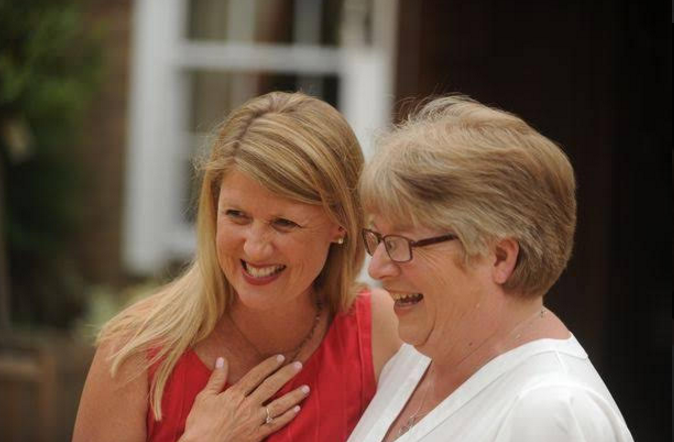 Long time pen pals Robin Bolton of Oxford and Carol Szyszklyk of Cambridge met for the first time ever.

Oxford’s Robin Bolton just experienced the meeting of a lifetime, meeting a transatlantic pen pal four decades after their friendship and correspondence began.

Traveling to England to unite with her transatlantic pen pal, Bolton and Carol Szyszklyk of Cambridge wept when they embraced in person for the first time, after beginning a relationship as pen pals at the ages of 10 in 1976.

Bolton reached out to the Oxford EAGLE via email for an update on her unique journey, sharing photos and saying it was a special moment she will never forget.

“Amazing,” she said. “Something I will never forget.”

The local newspaper was on hand in Cambridge for the meeting.

“It’s surreal, very blessed, I think it’s sweet,” said Robin, who traveled abroad with her husband, Ben, in an interview with the Cambridge newspaper. “It’s just the goodness of mankind and God’s blessings to us.”

The two 50-year-old mothers began writing to one another in 1976 when Robin was growing up in Memphis and Carol in England. The found one another as pen pals when a public television program linked children from the United States and Britain.

“In the US we only had four channels on TV every morning,” said Bolton. “Before school, they would play a show call the Big Blue Marble.”

The show provided viewers the chance to become pen pals with another student aboard and Bolton jumped at the chance, signing up. Soon, she received a card in the mail that explained she had been paired with Carol of Suffolk, England.

“I’d never heard of it, but I sent a letter to that address,” Bolton said.

Carol had signed up after seeing the opportunity in a magazine, and their correspondence began. They wrote letters on a monthly basis, telling about their siblings and lives in the different countries.

The young women corresponded into high school, but the letters stopped after Bolton moved when her parents divorced, and eventually, both women were married with different names and different addresses.

In 2009, Bolton decided it was time to find her pen pal and she worked through Facebook to reach out to anyone in England that shared Carol’s maiden name.

“I stalked every Carol Easdon in England,” Robin said. “I sent every one of them a message.”

With no luck, Bolton mailed a letter to Carol’s old address and the letter was delivered to Carol by a family member and the transatlantic relationship was reunited.

After writing letters in the years since Bolton and her husband Ben boarded a plane for England this summer and Robin and her pen pal Carol met face-to-face for the first time in 40 years.

Bolton had dreamed of visiting her pen pal in high school but it never worked out. Finally, her dream had come true.

The women shed tears, embraced, and spent time together this past weekend reminiscing about their unique friendship and sharing stories about their families, since each has three children of roughly the same age.

“Such a memorable experience,” Bolton said. 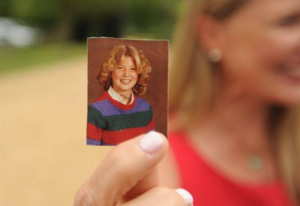 Robin Bolton shows a picture of her at a young age when she began writing to a pen pal. (Facebook)