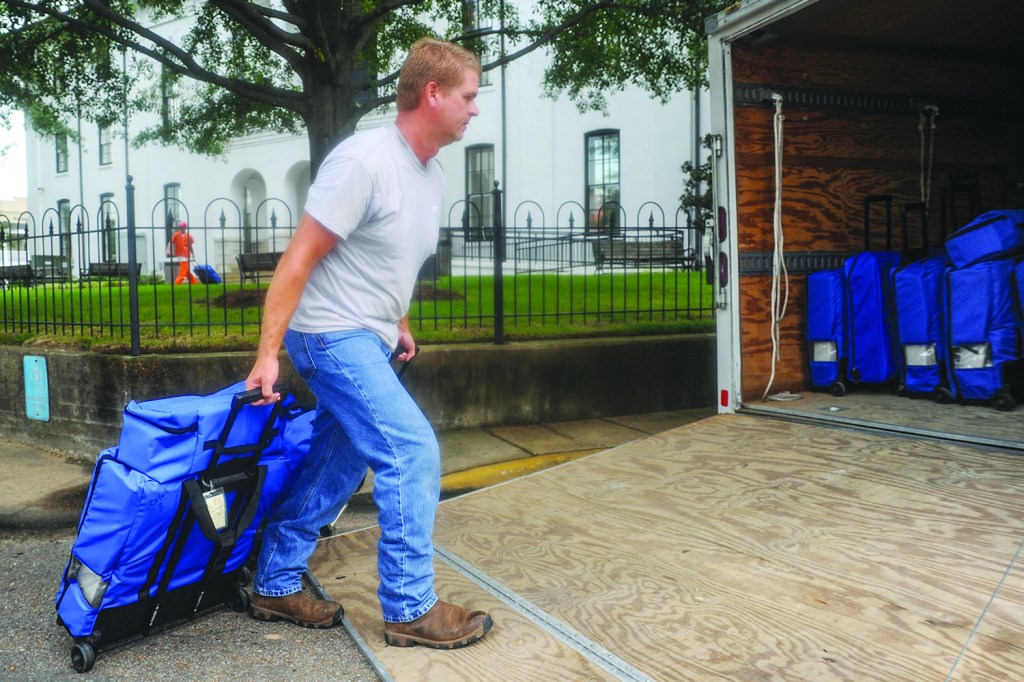 Lafayette County won’t have an overall budget figure to work with for the 2017-18 fiscal year until late August. In the meantime, department heads will be meeting with supervisors to make their budget requests.

Chancery Clerk Sherry Wall, Circuit Clerk Baretta Moseley and County Tax Collector and Assessor Sylvia Baker were the first to meet with supervisors to discuss their budget requests for the upcoming fiscal year.

Wall requested the same amount of money from last year’s fiscal budget, but also said that Chancery Court needs an increase due to the state no longer accepting new mental health or drug addicted patients into its facilities.

Mississippi has made significant cuts to mental health facilities, slashing $10 million from the state’s Medicaid budget.

“The state is no longer accepting male patients into Whitfield, only females,” Wall said. “We sent three to Communicare last week.”

Moseley told supervisors a decision on whether to go back to paper ballot machines or continue to use touchscreen voting machines must be decided upon. The current 110 touchscreen machines are 11 years old and are “hanging on by a shoestring.” She added that due to an increase in voter registration and voter participation, at least 10 more machines need to be purchased.

Moseley said if money wasn’t a factor, she would prefer to use the touchscreens. Paper ballots have to be stored for two years and if there is a contested election, each ballot has to be hand counted. There’s also the potential for running out of paper ballots.

“You don’t have to worry about that with touchscreens,” Moseley said.

Moseley also discussed digitizing marriage license records from the bound volumes, some of which date back to the mid-1800s, due to the books “crumbling” and an increase in people wanting to do genealogical research for their family history. She said it would cost about $20,000 to rebind the books, whereas a company could digitize the records for about $4,500. The digital information would be available on computers.

Baker was asked if the county spent that much money on postage. She said the county is growing. A reappraisal of property, which is done every four years, is scheduled for this fiscal year.

Baker said the county has added almost 900 new parcels this year and 21 subdivisions.

Five more county department heads will meet with supervisors on Tuesday morning at 10 a.m. to propose their budget requests.

The county budget must be voted upon and approved by September 15.