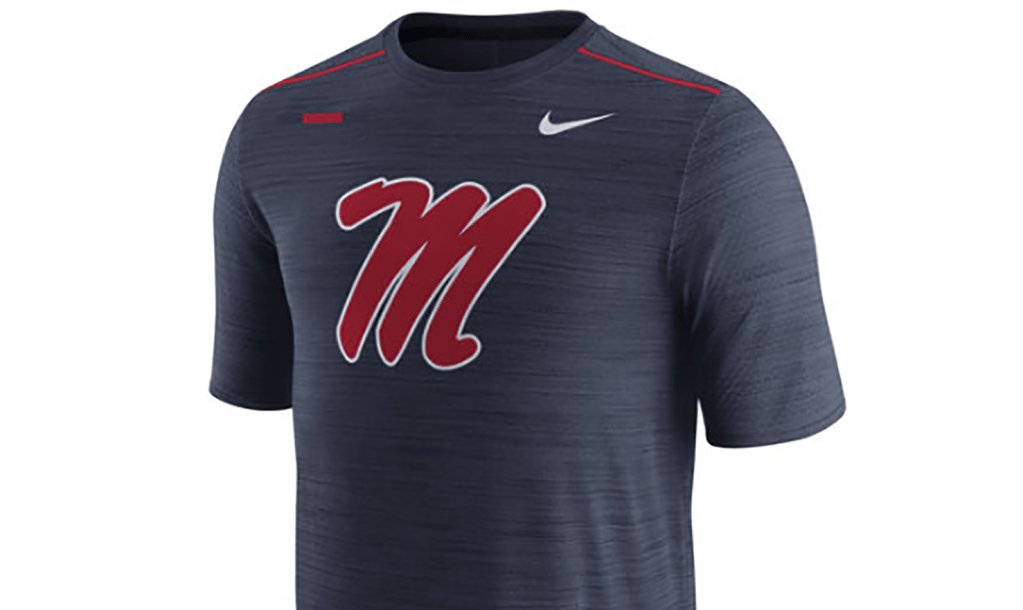 A new Ole Miss logo has been created to give fans another option when buying merchandise, and school officials said that’s all it’s intended to do.

Some officially licensed apparel includes a standalone script “M” taken from the traditional Ole Miss script logo. Photos of the logo have been circulating on the internet after being spotted on T-shirts, shorts and hats in online stores.

“It’s not replacing anything,” said Michael Thompson, Ole Miss’ senior associate athletic director for communications and marketing. “It’s a complementary mark that just gives us another option and fans another option when it comes to selecting merchandise.”

Thompson said the school introduced the alternate logo nearly a year ago and that it’s been on the school’s art sheet for approximately seven months, but “it just takes time for that stuff to make it into the marketplace where people can obviously buy it.”

That changed Wednesday when photos of merchandise containing the logo went viral on social media, prompting speculation that the school may be trying to distance itself from its traditional Ole Miss script logo. Thompson said there’s no truth to that.

“That’s comical,” he said. “Look at everything else we do around here. That just doesn’t make any sense.”

The sudden buzz around the logo wasn’t all bad for Ole Miss. Thompson said merchandise containing the new logo was the top online seller Wednesday.

“It’s just fascinating that yesterday was the day that people started talking about it,” Thompson said.

The script “M” has not made it onto any uniforms of any of the school’s athletic teams, but it was featured on the men’s basketball team’s warmups during the National Invitation Tournament and on some softball apparel this past season. Thompson said the new logo would be ideal for caps but added no decision has been made as to whether it will be included in any future uniform designs.