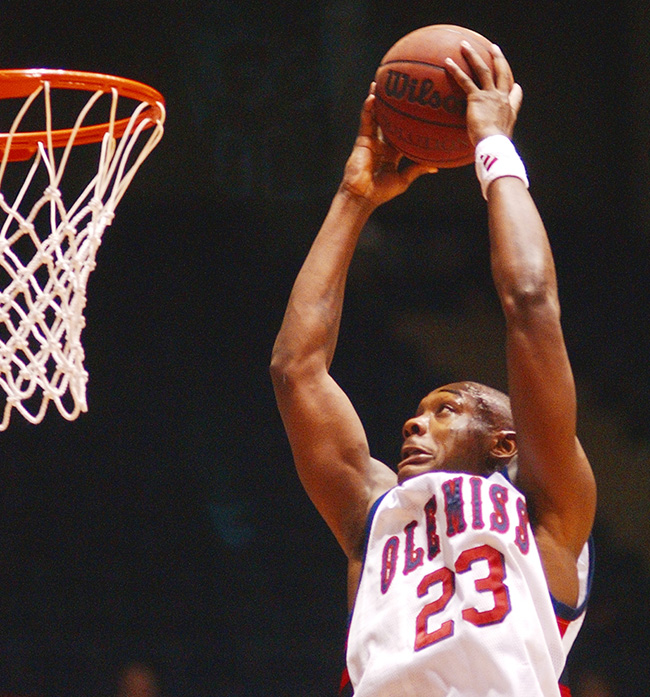 Multiple reports and social media posts about Reed’s condition began circulating Thursday before Ole Miss confirmed the diagnosis with a post to the basketball team’s official Twitter account Friday afternoon. Reed, 35, played for the Rebels from 2000-04.

“Our thoughts and prayers are with our fellow Rebel Justin Reed as he battles spinal cancer,” the tweet read. “Keep fighting J-Rock!”

Reed, part of the “Provine Posse” that signed with Ole Miss in the early 2000s, was an All-Southeastern Conference performer all four seasons with the Rebels and helped the program reach its first-ever Sweet 16 in 2001. Reed is sixth on the school’s all-time scoring list (1,785 points) and ranks fifth in field goals made (679) and ninth in rebounds (766).

Reed was taken in the second round of the NBA Draft by the Boston Celtics in 2004. He also played for the Minnesota Timberwolves and was a member of the Houston Rockets, though he was waived before ever playing a game for them.

Our thoughts and prayers are with our fellow Rebel Justin Reed as he battles spinal cancer. Keep fighting J-Rock! pic.twitter.com/TUC96ogZtH