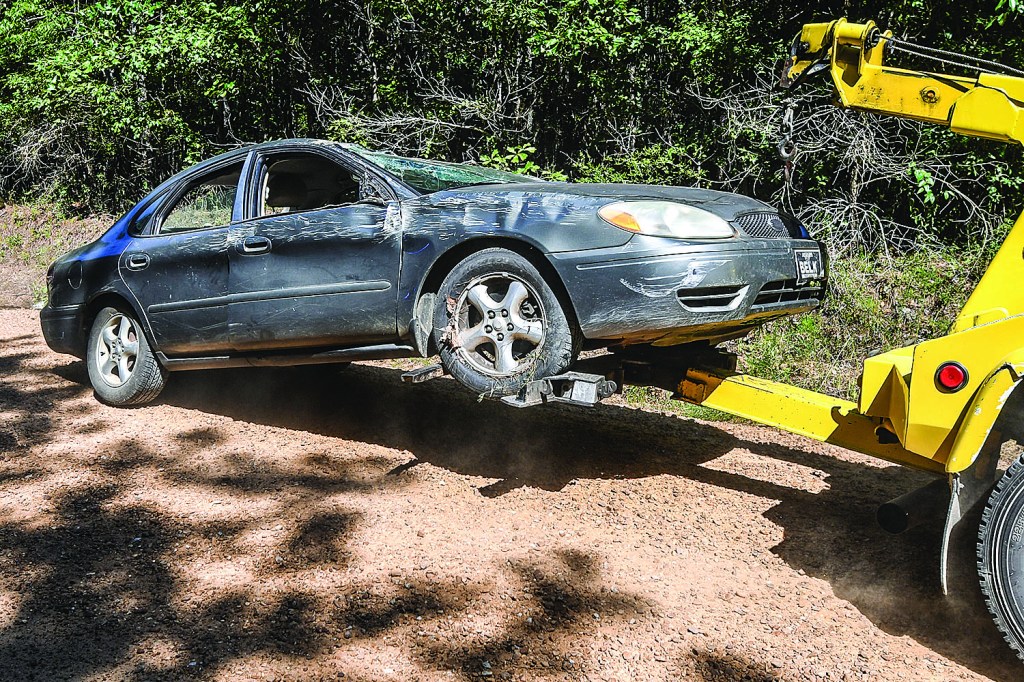 A car is removed from the scene of a wreck on County Road 244 on Monday. Betty Lou Watkins, a passenger in the vehicle, was killed and her husband, Steve Watkins, was injured. (Photo/Bruce Newman)

The wreck occurred at about 2:30 p.m. Betty Lou Watkins, 67, was the passenger and died at the scene from injuries sustained in the wreck. Her husband, Steve Watkins was the driver and suffered serious but nonlife-threatening injuries. The wreck is being investigated by the Lafayette County Sheriff’s Department.

Funeral arrangements for Watkins are being handled by the Holly Springs Funeral Home.

No other details about the cause of the wreck were available this morning.