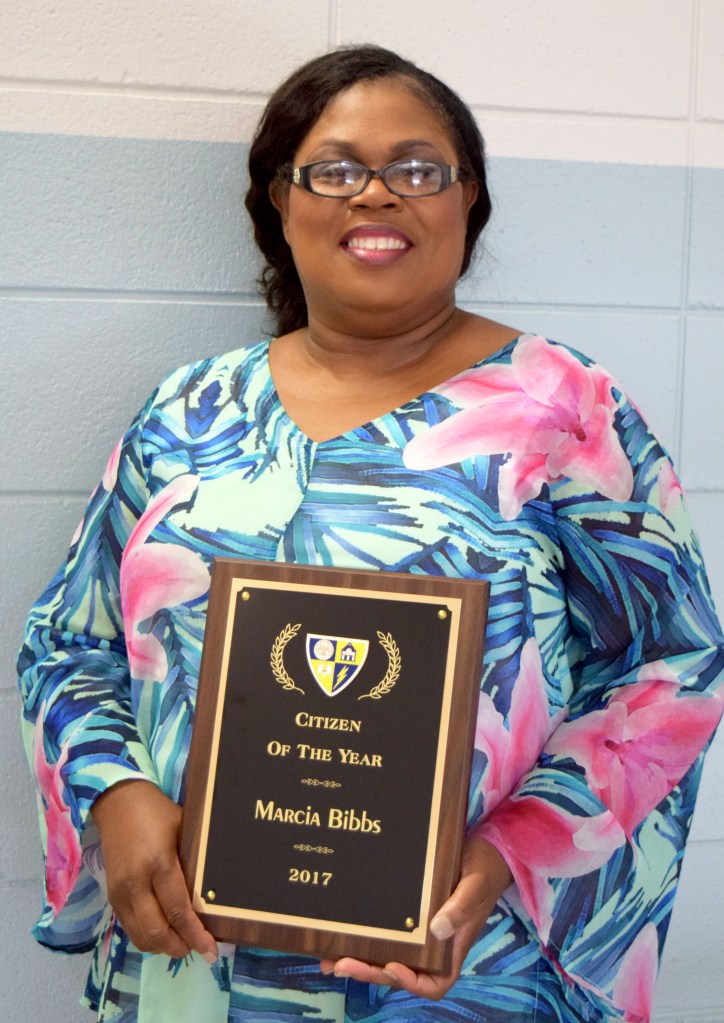 Marcia Bibbs (above) is the Oxford School District’s 2017 Citizen of the Year.

Oxford parent Marcia Bibbs says when it comes to Oxford school students she loves helping whenever and wherever she can: Bibbs is the Oxford School District’s 2017 Citizen of the Year.

The annual school district award honors an area resident who has made a sustained and significant contribution to Oxford, especially to the education and well-being of Oxford school children.

“You will see Mrs. Bibbs at numerous school events as an active supporter, whether she has a child participating or not,” OSD Superintendent Brian Harvey said. “No matter what the weather is like outside, she’s going to be there. These are the kind of things she does inside and outside of our schools as an active supporter.

“She is both a wonderful parent and  extraordinary citizen because she is there to support every student and child, not just her own.”

Bibbs, a former school district employee, said, “I love being there to support our kids. It keeps me young and humble.”

Harvey said that the district’s Citizen of the Year recipients are widely recognized as respected leaders who have created a lasting legacy on the community, especially Oxford school children.

“Mrs. Bibbs’ commitment and support for our students is what makes her an ideal choice as the Oxford School District’s Citizen of the Year,” added Harvey. “She actively supports the Boys and Girls Club and for many years has supported Oxford Buccaneers, our little league football program. We are proud that we can honor her for all she does to support all of our students whether she’s doing so at a school function or in our community.”