Sno Biz remains popular in cooling off during the summer 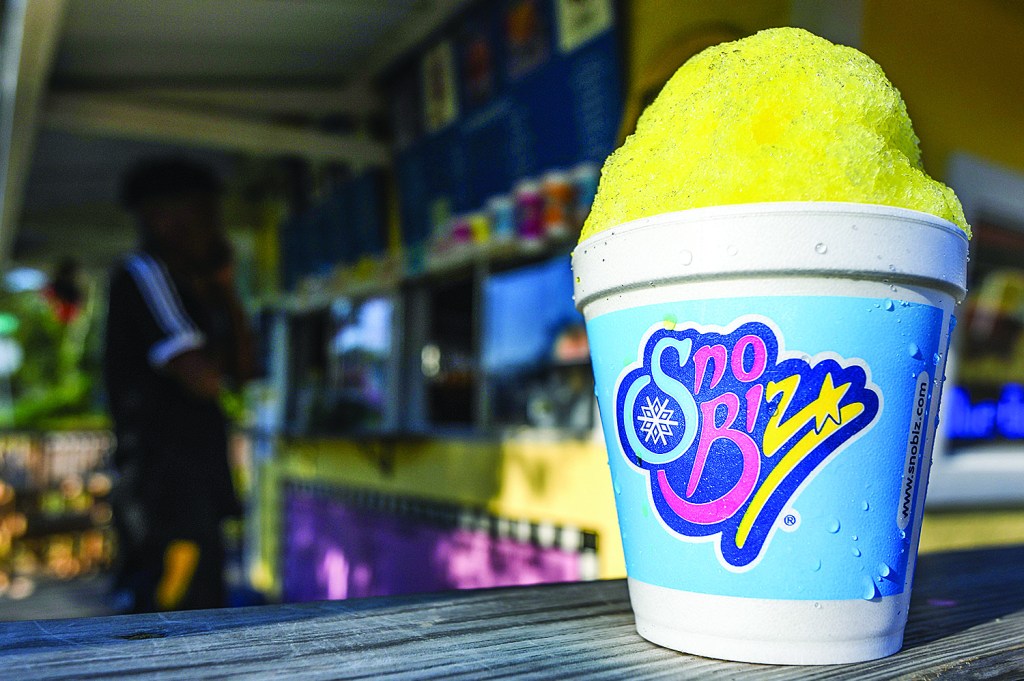 With summer now in full swing, the notorious southern heat has made itself known to the Oxford community. There are few ways to beat the heat, but a small shack tucked to the side of North Lamar has been helping Oxford cool off since 1993.

Sno Biz is Oxford’s premier snow cone distributor and has been helping Oxonians combat the thick summer heat and the sticky humidity with cool frozen treats. Although they are known for their famous snow cones, they have something for everyone.

According to Kristin Skipper, a Sno Biz employee since 2014, the “homemade Ice Cream” is the most popular flavor of Sno Cone. However, Skipper has her own personal favorite.

“Creamsicle with Orange cream. It’s so good,” she laughs.

Due to its small size, it is easy to miss Sno Biz, but that does not keep it from getting crowded.

“Three o’clock is usually the busiest time,” Skipper said. “Especially when school is in session and the kids get out of school. Kids love the snow cones.”

Although it is a chain business, Sno Biz has a strong community tie with Oxford, as the Lafayette High School Boys Basketball Coach, John Sherman, owns it.

Founded in Minnesota in 1989, Sno Biz opened up 70 locations in the United States in 1992 and reached Oxford in April of 1993. According to their website, Sno Biz has 2,000 dealers in over 20 countries. There are over 20 different dealers in the state of Mississippi alone.