Looking back at two tree planters who lived for their work 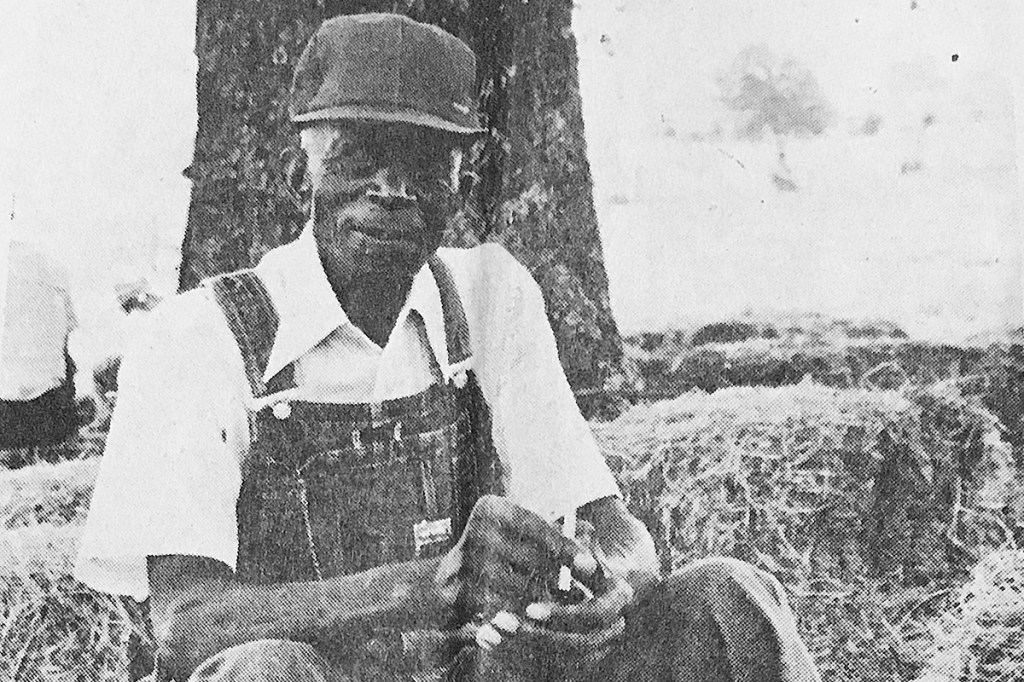 As you drive through Mississippi, seeing all the tall pines-you can know that someone planted them.

Miss Nina could associate with this story because years ago, her two brothers took care of planting thousands of pine seedlings you see in Lafayette County.

The story by Conrad follows:

Looking across a county road we could see a hillside of young pine. Jim asked Burnie, “ What was on that hill before the pine were planted?” Burnie explained, “ I tried for three years to grow corn for my mules. The good soil kept washing down hill. All was left was poor dirt with no corn growing.

We listened to the rain on Burnie’s tin porch roof.

Jim asked Burnie, “When did you start planting pine?”

Burnie didn’t have to stop and think. “My hill farm was washing toward the Tallahatchie and the government was hiring. I became familiar with the planting dibble the fall of 1952.”

Jim asked, “How many pine did you plant in a day?”

I added my two cents worth in for Jim’s benefit. Many times when a crew is talking, they refer to setting out pine — instead of planting pine.” (I never did ask why.)

Jim noticed a planting dibble leaning against the porch and asked Burnie, “Would you demonstrate planting a pine seedling?”

Burnie pulled up a yard weed, made a wedge-shaped hole and placed the weed in the hole. Burnie explained, “This is tying the seedling as he opened another hole about 6 inches behind the weed. If the planted seedling hole is not closed with soil, the seedling might have a greater chance of poor survival.”

Burnie’s movements were so confident and natural that Jim and I looked at each other and smiled.

“Here is a great man remembering a kind of work he loved.”

Each year we started the planting crews in late November for two reasons — when the soil has ample moisture and planters would receive their first paycheck before Christmas.

“I became the lead man in the lead row,” Burnie goes on. “The rest of the others, 10 or 12, they would plant along, staying at the right distance, six or eight feet or what ever. You move two steps, work a hole, put the little tree in and tie it.”

Most of the planters return year after year. They know what to expect and enjoy the out door work.

Management has a system of estimating the number of how many each man had planted since his beginning.

By 1981, Burnie Goolsby and a hand-full of other planters had each planted one million pine seedlings.

One bitter morning in February 1981, before leaving the work center for their planting site, a Y-LT- Millionaire Club Tree Planting Ceremony was held. Each Millionaire received his award.

A share from Burnie: “It hasn’t been the awards or titles that kept me dedicated to Y-LT Reforestation. It has been the self-satisfaction of making a contribution to the land I love.”

Thanks to the many, many Burnie Goodbys.

A voice from a green pine hillside seemed to say, “Your mission was accomplished — thanks for a job well done.”